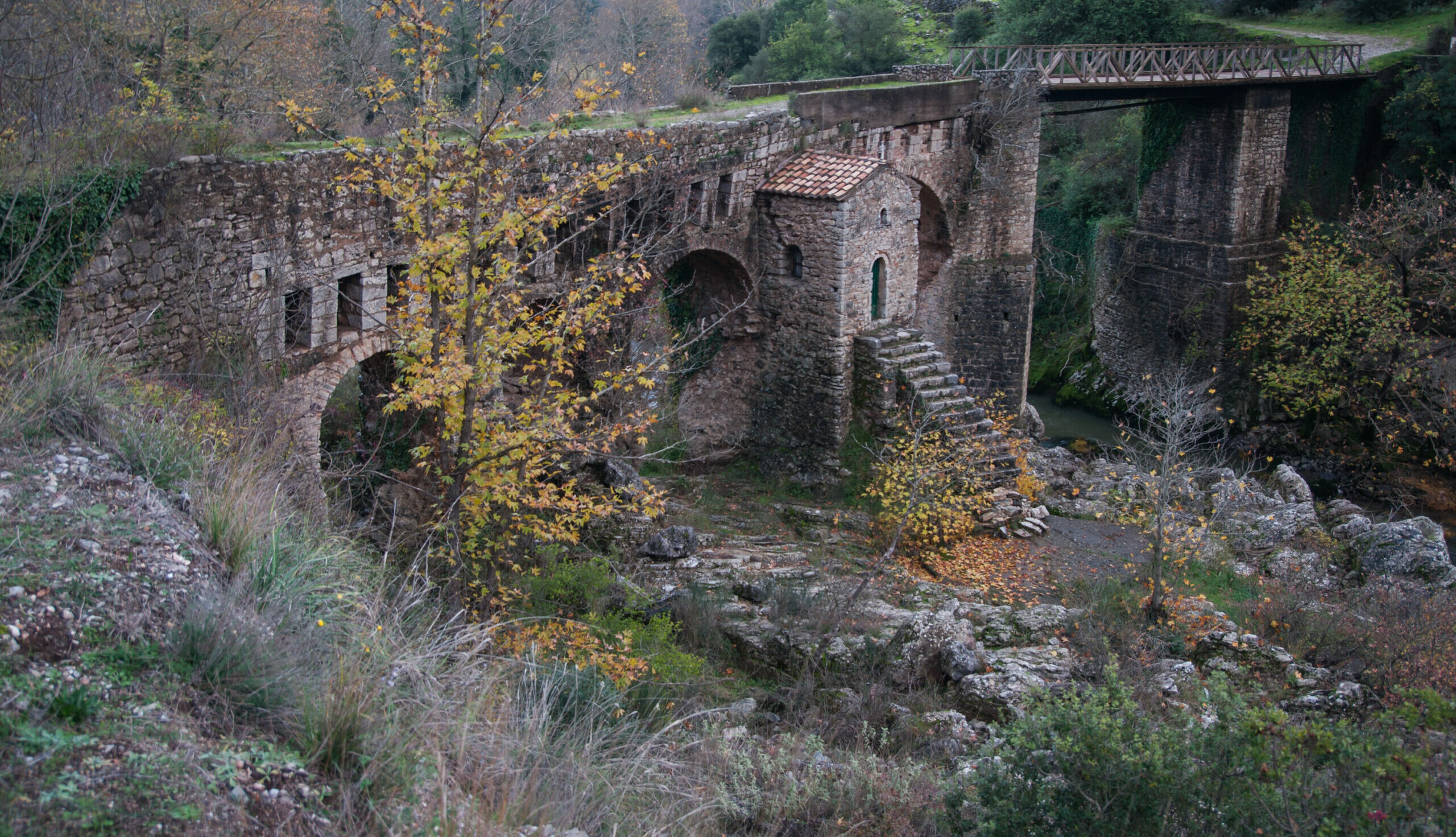 Trip to Karytaina, the traditional settlement and the historic bridge

Two decades with the euro as a currency have passed, and we still use drachmas in our vocabulary. To this day there are not a few who make the cost ratio. Today you have 50 euros in your pocket and you feel like there’s not much you can do. Then, you had a five thousand dr. bill and you felt like a king. On the one face Theodoros Kolokotronis was depicted and on the other there was a bridge. A famous bridge in the Peloponnese accompanied by a myth…

The bridge depicted on the favorite note worth 5,000 drachmas was the bridge in Karytaina. Karytaina is a village in Gortynia, in the prefecture of Arcadia It is located on the site of ancient Vrenthi. Built on the top of the hill, around the medieval castle. The houses have a medieval character and churches are Byzantine in style. The settlement has been recognized as traditional. Beneath Karytaina flows the Alfeios, the river of Orpheus (a mythological character who went to Hades to save his beloved). It is the largest river of Peloponnese, with a length of 110 km. On Affeios, near Karytaina, two traditional bridges are preserved. The bridge of Cuckoo and the bridge of Karytaina.

The legend of the bridge 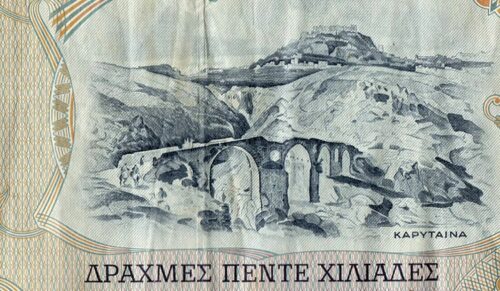 The second bridge, the one of Karyaina, is one of the oldest bridges in the Peloponnese. It was built by the Franks in the 13th century. Legend links its creation to a human sacrifice. According to tradition, the lord of the castle of Karytaina, Godefrido De Briyer, “built” his wife on the foundations. He wanted to fix the bridge, you see! Then he stole his lieutenant ‘s wife and left Karytaina with her. The lieutenant became then the lord of the castle. 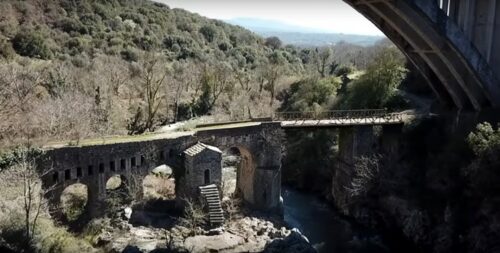 Architecturally, the bridge had five uneven arcs. The largest reaches almost 9 meters in its opening. Its arched arches rise above the River of Alfeios at a height of about 12 meters. Its length exceeds 50 meters.

In the past, the five-arched bridge was the only passage of the river. It connected the castle of Karytaina to Messinia perfecture. It was the passage from Arcadia perfecture to Messinia and Ilia perfectures. Today, of the five arcs, only three survive. The middle one blew up in the Civil War, and the missing piece of the old bridge has been filled with a wooden section. The crossing is made by the new modern bridge. 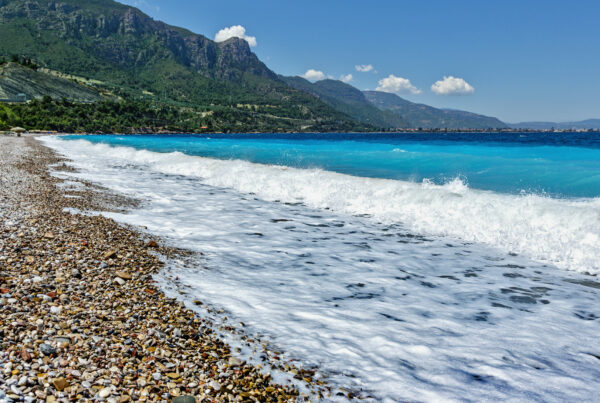