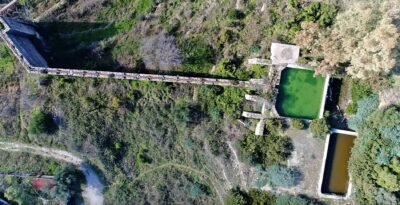 The watermill that is 30 minutes away from Syntagma Square.

Since you’ve gone that far, take a look at the Paleontological Findings Exhibit.

When you think of what can be found in 30 minutes driving distance from Syntagma Square, in Athens, your mind goes to the northern suburbs, to the south or to Piraeus. Or, if you go a little further, to Piraiki peninsula (near the port of Piraeus). It’s hard for someone to think that a viable destination would be a… Watermill!

Yes, you heard it right, for those of you who didn’t know. An those who have visited it may remember it know. Half an hour from the centre of the capital, there is an 1876 watermill. It is located in East Attica, in Pikermi and was built in order to help the inhabitants of the region deal with viticulture. It is known as the “Mill of N.D.” 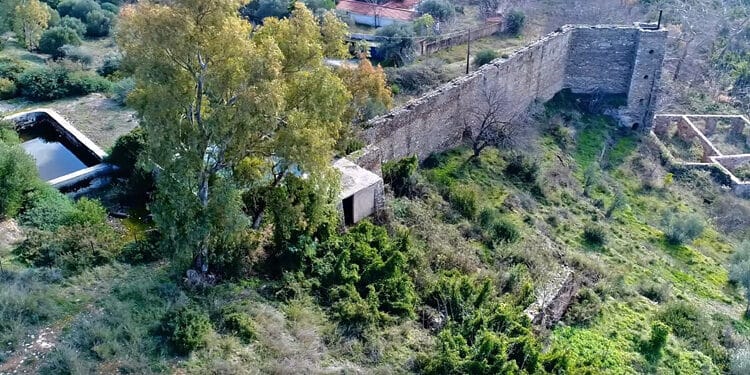 After the liberation of the Greek nation, it will be 200 years in 2021, the area is recognized as a farmhouse in Spata region outside of Athens. Viticulture flourishes in the settlement of Kropia. So is in Pikermi. The inhabitants gather together both in the vintage, and the horse stables. There, in the stream of Valanaris, the reservoir of Pikermi was created to meet basic needs. And those were the irrigation and watering of the land in Ntrafi. In 1845 the first watermills began to be built.

If you decide to get to Pikermi, it’s worth devoting some time to the Paleontological Findings Exhibit. The exhibition is hosted in the old community of Pikermi. It is the result of years of collaboration. A collaboration between professor and Director of the Museum of Paleontology and Geology of the University of Athens, together with the community of Pikermi, the Prefecture of Athens and the Municipality of Rafina-Pikermi.

The visitor can see texts, maps and photos of the excavations. Mostly, however, representations of animals in natural size. Giant deinotherium, sabre tooths and other felines. Pikermi’s hyenas, ponies, gazelles, antelopes. Rhinos, pigs, deer, giraffes. Giant and small turtles. Pheasants and ostriches. It’s the so-called “Pikermi’s fauna.” It’s the animals found in the land of this region.

The educational nature of the exhibition contributes to the understanding of the paleoenvironment, but also to the need to protect our natural heritage. Admission is free.

Oh, and for the 30 minutes driving distance, we mentioned at the beginning, it is the time needed to get there on a weekend. On weekdays, of course, it takes longer.

Where the watermill of 1876 is 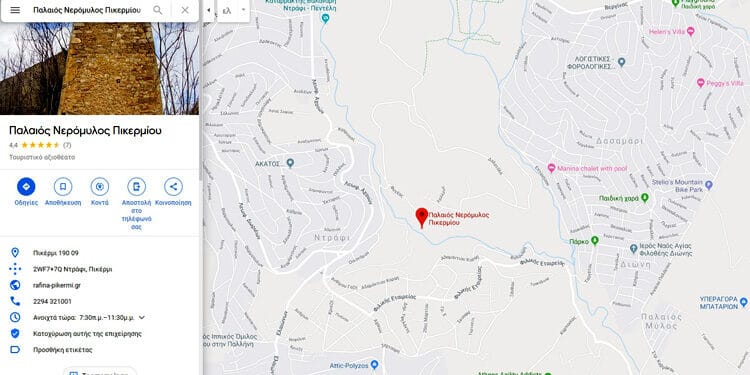