The unknown Greek island that looks like a crocodile

It has a unique beach as well as a shipwreck

Exploring Greece, we discover its beauties and hidden secrets that are often real diamonds. And one of them is the unknown Greek island that looks like a crocodile. Another feature of it, is that it has only one beach. The images from above are impressive. We are talking about Proti Island. A special island, which is very close to Marathopolis.

Proti, the Greek island that looks like a crocodile from above

This small and unknown island, Proti, is about 3 square meters long and is reminiscent of a half-submerged crocodile or a reptile in general, as the inhabitants in the nearby places say. It has only one beach, Vourlia, which has turquoise, exotic waters. A few meters away from the beach, is still something that makes it stand out. It’s the wreck of the 40-meter-longAnwar ship, which was bombed during World War II. It is located a few meters below sea level, in the sheltered homonymous bay.

On this island, you can also see today’s half-crushed hermitages, inscriptions of sailors on rocks and ruins of an ancient citadel. It is believed that during the Peloponnesian War the ships of the Athenians who came down from Zakynthos to Pylos and fell in a terrible storm had sought refuge there. During the Turkish occupation, the island was the lair of Pirate Katoulias from Mani (in the Peloponnese), who carried out attacks on passing sailboats.

You can approach the island by boat to have a unique experience and for dives that will be unforgettable to you. There is also a way to reach it by boat or by a day trip from Marathopolis. 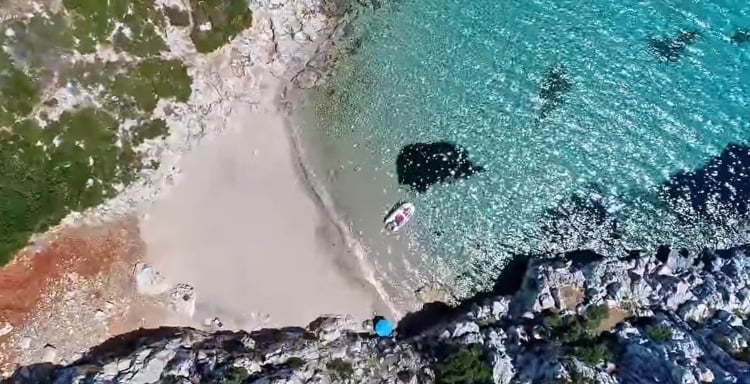 Where did the unknown island take its name from?

The name of the island of Proti, or Protis, is probably due to the sea god Proteus, son of Poseidon. According to others, and according to the history scholar George Papandreou, the name probably comes “because it is first seen by the ships sailing away from Peloponnese, or, according to others, because it is available all the way round as if it had deep waters and the name Ploti (meaning sailable in Greek) becomes Proti by exchanging the letters ‘l’ with ‘r’”. Either way, the images are impressive especially from above. The youtube channel haanity offers us the view from above… 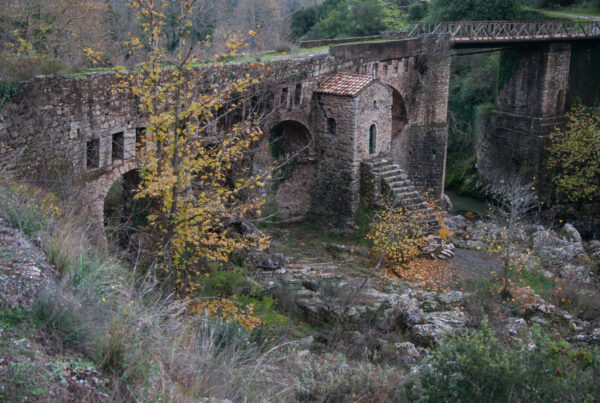