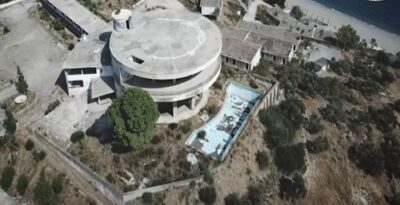 The once time glamorous resort and its collapse

If you’ve ever been to Gythio, you’ve probably noticed at its entrance that there’s an abandoned one that you don’t know what it used to be and what its history is. You’ll be impressed by its cylindrical shape, but probably you haven’t heard what it used to host in the past. And yet it has a great history and was once the diamond not only of Laconia but of the whole Peloponnese. This is the once-famous Hotel Lakonis. A resort where celebrities such as Angelina Jolie were vacationing.

The abandoned diamond Jolie once vacationed in.

Hotel Lakonis in its present form is nothing like the glamour of the past. Today it is a large area reminiscent only of the decline of the years that followed. The video from youtube’s Up Drones channel shows the magnitude of the abandonment. You can, of course, imagine what this resort would have been like in the past. Full of life and sparkle. Back when it knew its great glamour and hosted personalities from the international range.

This hotel complex was created in order to be the diamond of Laconia. And so it was not for long. It worked for just a few years. In these years, of course, its operation was an attraction for many celebrities, both abroad and also domestic showbiz. The beauty of the spot and their amenities were characteristic. It is no coincidence that celebrities such as the famous actress Angelina Jolie and the leading director James Cameron were there for their holidays. Entire TV crews were followed to get there for filming.

The glorious past and the decline

In its glorious past the hotel had 100 rooms with many beds. It was famous for its excellent amenities but also for its huge Blue Flag-winning beach. From the hotel rooms, one could enjoy the magnificent sea view.

However this did not last long. Somewhere in 1993 came the decline. The once retreat of celebrities began to become an isolated corner of the Peloponnese. The thirty acres of land that the hotel unit hosted after its closure were abandoned. In the last few years before its closure, only the event hall was operating for a while.

Now the hotel has passed into other hands and its further utilization is expected. See pictures of the hotel as it is now after so many years… 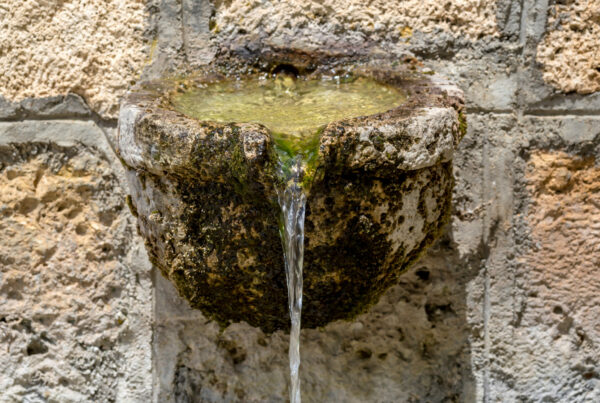