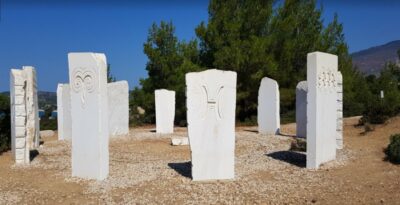 Thassos: Korona Limenarion, the Greek… Stonehenge you should visit

Stonehedge is not only one of the most famous sights in England but also around the world. This Neolithic megalithic monument has won many distinctions and millions of visitors from all over the world visit it every year However, in Greece, we have one smaller, humble, and easy to access … Stonehedge worth your visit sometime in the future. It is a special and impressive monument located on one of the most beautiful islands in Greece. it is the Korona Limenarion in Thassos. One of the strange places in Greece.

What’s the Greek… Stonehenge you should visit

When talking about Stonehedge, however, do not put something giant in your mind since we are talking about an imitation that mainly concerns the shape and not the size. This special sight called Korona Limenarion is located in the homonymous coastal village of Thassos which is also one of the largest on the island. In fact, it is a peculiar “simulacrum” of Britain’s Stonehenge which refers, to earlier mystical times.

Its construction is indeed a Neolithic circle of megaliths whose exact use and purpose are still a mystery to researchers today. In fact, the Korona Limenarion, as you can see in the photos, consists of 12 all-white plates on which the symbols of the zodiac are engraved. A symbol on each plate.

The KoronaLimenarion is a relatively recent construction that was completed in 2005. The idea was by architect Johannes Matthiessen who arrived on the island of Thassos along with 35 students and three teachers from the Waldorf school in Stuttgart, Germany. Apart from them, ordinary citizens, local organizations, and artists also contributed to the creation of this original monument. 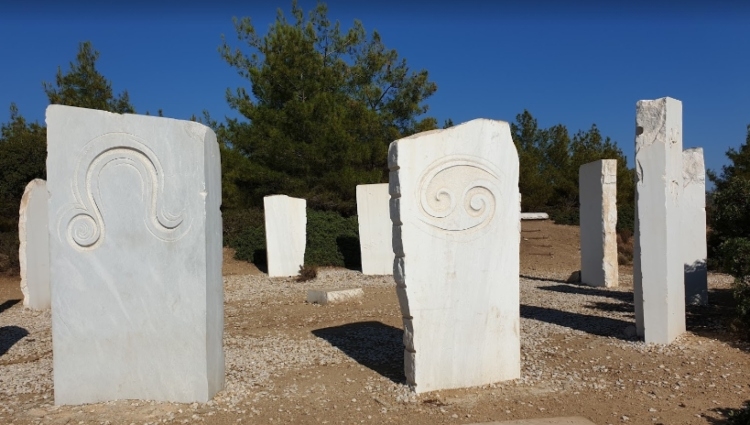 The result, today, is a sight that gathers several visitors who want to see up close the small… copy of Stonehedge. Here’s one of the strangest things in Greece worth seeing and photographing.