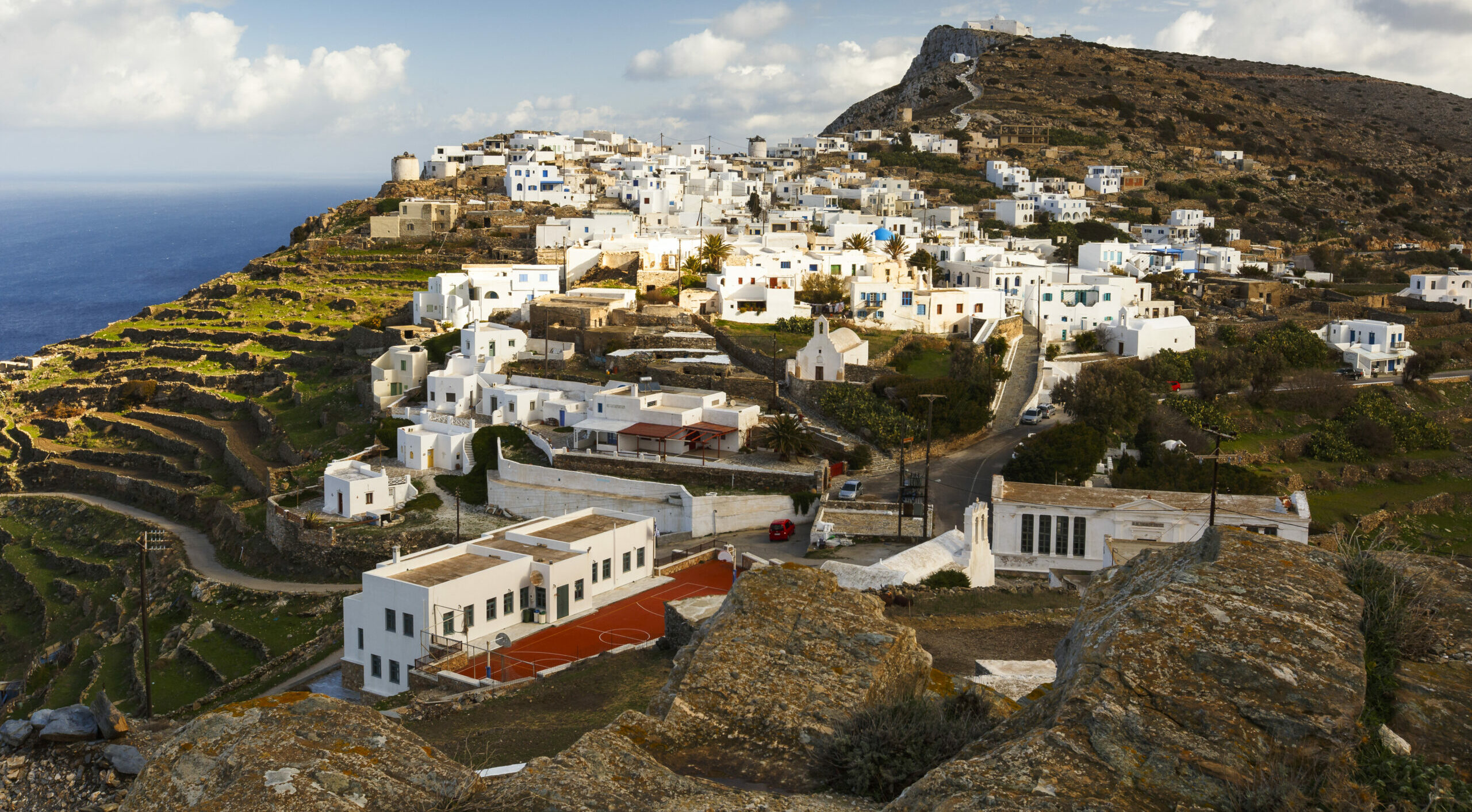 Sikinos: The island of carefree vacations you will come to love

The barren but powerful island in Cyclades that enchants you

You’ll find it somewhere between Ios and Folegandros and you will immediately understand how special it is among the Cyclades Islands. This small but charming island of Sikinos gathers in the small area it occupies allurement and quietness at the same time. It’s one of those islands where, when you get to know up close, you wonder why you hadn’t done so before. Sikinos is the island of carefree vacation that you will come to love. You may be probably a little sceptical when you go there for the first time, about whether the island can finally meet your expectations.

That’s what happened with us, but in the end, it surprised us positively to say the least…

Sikinos, the island of carefree vacations

The feeling that you will spend a carefree and relaxing vacation is acquired the moment you set foot in Sikinos. As soon as you get off the boat and at the port of Alopronoia. But also, when you realize that all the roads are only a few kilometres long. So you get around it, in just “two songs time”. Then you walk through. And you have an easy walk. Because in Sikinos, you come across an authentic Cycladic frugality that suits those who seek peace and relaxation.

If you belong to the category of those who want to leave it all behind when they go on vacation, then Sikios is the island you are looking for. Sikinos is the island that knows how to give you a good time without much noise and big crowds. In Sikinos, time and people have kept the traditional Cycladic colour unchanged. And they don’t want to attract a lot of people and jabber. They want to show you what everyday island life is like and how you can become one with it. And they achieve that from the start.

At noon and in the afternoon, it is ideal to relax on the quiet, small beaches or walk through Chora (main town). When the time to return home comes, you surely won’t want to leave. Sikinos insists on a different kind of vacation and we advise you to get to know it personally.

What struck us are the smells of food that are pervasive throughout the day. On this island, they cook a lot and well. So, don’t hesitate to try any local recipe they suggest.

Tip: Search the island’s ice cream parlour with the kind Mrs Dora who makes you feel at home!

Apart from the port of Alopronoia, the only organized settlement of the island is Chora. A Chora… like a dream. Actually, it’s two districts in one. On the one hand, is the Castle and on the other is the Village, spread out on two mountainsides opposite one to the other. It is like two different neighbourhoods… 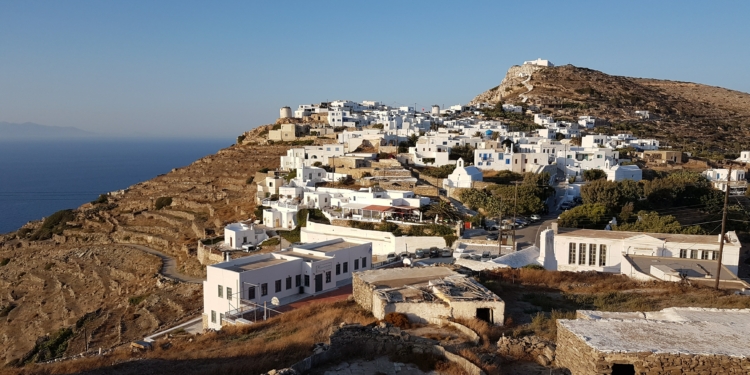 On the left side is the Village. Small white houses and streets that look like a labyrinth. A quiet labyrinth dominated by the sea breeze and the sound of a courtyard. But what certainly steals the show is the Castle. You will immediately get interested in the fortified settlement of the 15th century which is directly on the other side.

Sikinos and its beaches First and best is the clean beach of Alopronoia. By car, you can go to two more beaches, Agios Georgios and Dialiskari. The beaches of the island may not be many, but they are crystal clear and picturesque. For those who want to get a book and stay there for hours. In addition to the ones you drive, we suggest you take the boat and go to Satorinaika and Malta. Don’t forget to get supplies like water and umbrellas and a camera to make the moments unforgettable.