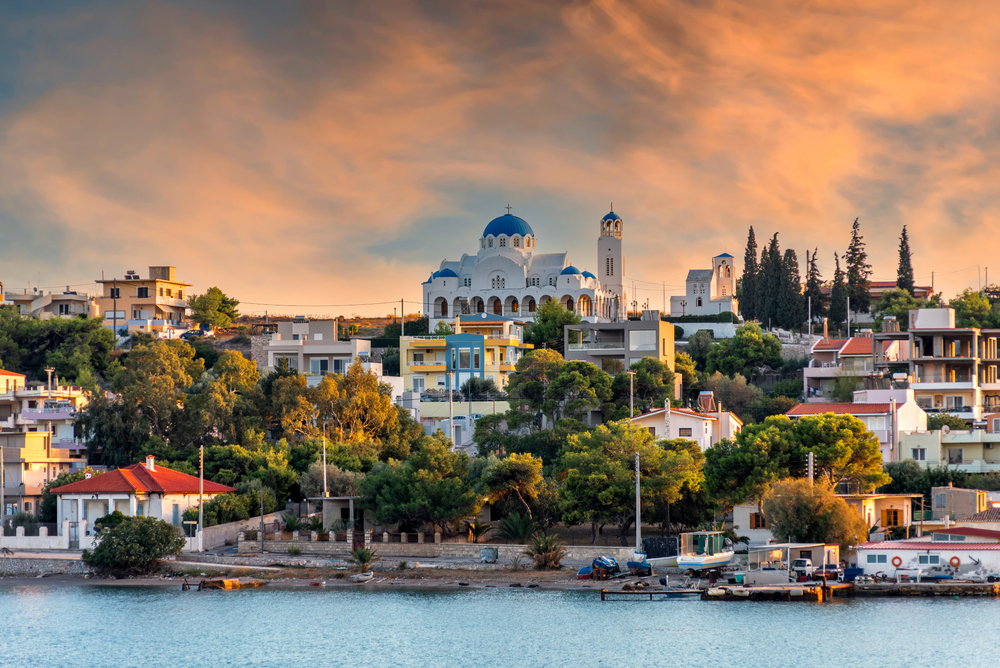 The secluded Saronic Gulf beach with a natural lagoon

An unknown diamond of Salamina island

Attica and especially Saronic gulf  have many small or larger beaches that are unknown even to some people living close by. One of these beaches is a real gem and is located in Salamina island. It is the beach of Kochi that is still considered to be unexplored.

The Saronic and the beach – diamond

In fact it looks like a natural harbor that always protects you from both the North and the South winds. That’s where you’ll find a little surprise. A natural swimming pool that really gives the visitor an unforgettable experience. The Kochi is proof that Attica can hide more secrets than you can imagine. Beautiful, unexplored corners that offer you many new thrills.

Salamina and its beauties

Salamina. The largest island of Saronicos that “travels” in its peaceful waters and is a stone’s throw from the port of Piraeus. An island so close to Athens and Piraeus, endowed with centuries of cultural heritage, natural beauty and important religious monuments. There, prominent personalities were born and raised not only in Antiquity, but also of the later years. Few know that it is the home of the great drama theatre poet Euripides. It became a place of hospitality for General Georgios Karaiskakis (Greek hero) in the Revolution of 1821, but also of residence, inspiration and creation for the special poet Angelos Sicilianos.

However, a point–a milestone in its history was the Battle of Salamina (480 BC), which largely judged the fate of the Persian Wars and the consiquences in Europe’s history. Thanks to the victory of the Greeks, Greek culture was preserved and spread in the West and around the world.

Wherever you are in Salamina, there are scattered mosaics of history and art everywhere. Between the pine trees, by the sea, on the hills, between the houses. Ancient monuments, museums, churches and monasteries, interesting neoclassical buildings with a strong island character are waiting to be discovered on the most easily accessible island of Saronicos.

The largest island of the Saronic Gulf is in itself a surprise worth getting to know in person, reviewing much of what you thought about it.