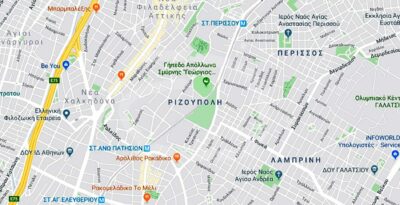 Rizoupolis: the backstory of the name

Who it owes its name to, and how an abandoned land came to life.

Rizopoulos invested his money buying a large field of land in the area, changing it forever!

Rizoupolis. An area that is business history all by itself. And some secrets. These words could accompany the description of Rizoupolis. Built on the northern border of the municipality of Athens, it is considered a place that does not attract attention too much. You may rarely hear of it

First, let it introduce itself to us. How did it get its name? Our story begins almost a century back. Shortly after the Asia Minor disaster in 1922, thousands of refugees arrived in Greece. Several of them were found in Attica and created districts such as New Philadelphia, New Ionia. In the panic of the mass movement, someone saw a great opportunity.

Ioannis Rizopoulos thought that there would be refugees with “nest egg” and they would be content with house renting. They’d be looking to buy their own houses. Even though he was a poor day in-day out labourer, he had done his best to save enough money, for that time, more than enough. A shoemaker in the profession, a businessman in the way of thinking. Rizopoulos invested his money buying a large portion of land in the area where he lived. He named it Rizoupolis. The first few years its name was Rizopolis.

“If you want a pleasant and enchanting country life, run to Rizopolis, the enchanting suburb of Patissia. Rizopoulos sells privately owned land with payment facilities, for 55 drachmas in Rizopolis, where there are privately owned shops and apartments for rent, with a low price”. With this ad, he tried to attract prospective investors.

His plan was simple and put in action. He sold the refugees small plots for 55 drachmas each. His idea was met with a serious response. At first, Rizopoulos saw the money he invested return to him. Along the way, he realized he’d ceased to be the poor cobbler. He dreamed of building “the nearest electrically illuminated suburb of Athens”. And he made it. He had made money…

The Villa Akrivi and its inglorious end 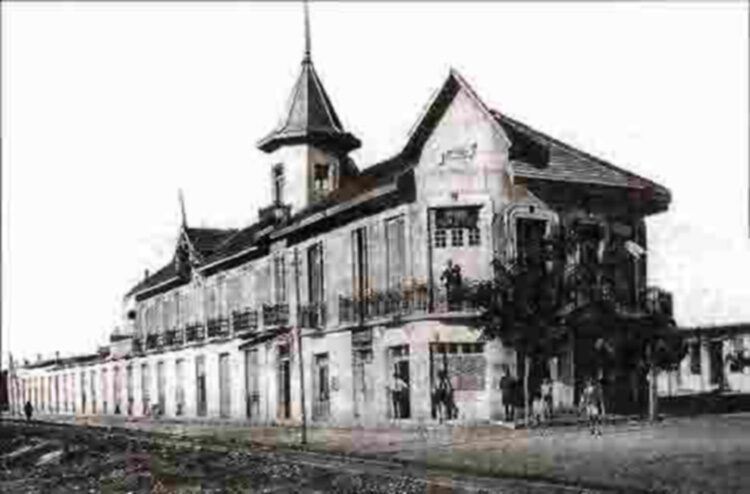 So much so, that in 1924, he decided to create a building to house his eight-member family. The Italian engineer Martinego who was in charge of the work for the plots, built the villa Akrivi. Rizopoulos named it that in honour to his mother. It was located at 154 Heraklion Street. When you passed by via the electric train, you could see its turret. The villa had an inglorious ending. In 2001 it was declared as preserved building by the Central Council of Newer Monuments.

This decision, unfortunately, was overturned after a few months. The then Minister of Culture Evangelos Venizelos ordered a review of the matter. The new decision provided no protection for the building. After the 1999 earthquake, it suffered great damage to its statics. The residents’ effort to save it wasn’t enough.

The Columbia Building and the Ghost of Davelis

Near the villa of the man who gave his name to the area, is the historic Building of Columbia. This is where Greek music met its golden era of the disk recording. The Columbia building is a story in itself. Today only its ghost exists. Next to the stadium of Rizoupolis. The area is also home to the largest cave in the Greek capital. The Cave of Prophet Elias, on Komninon Street.