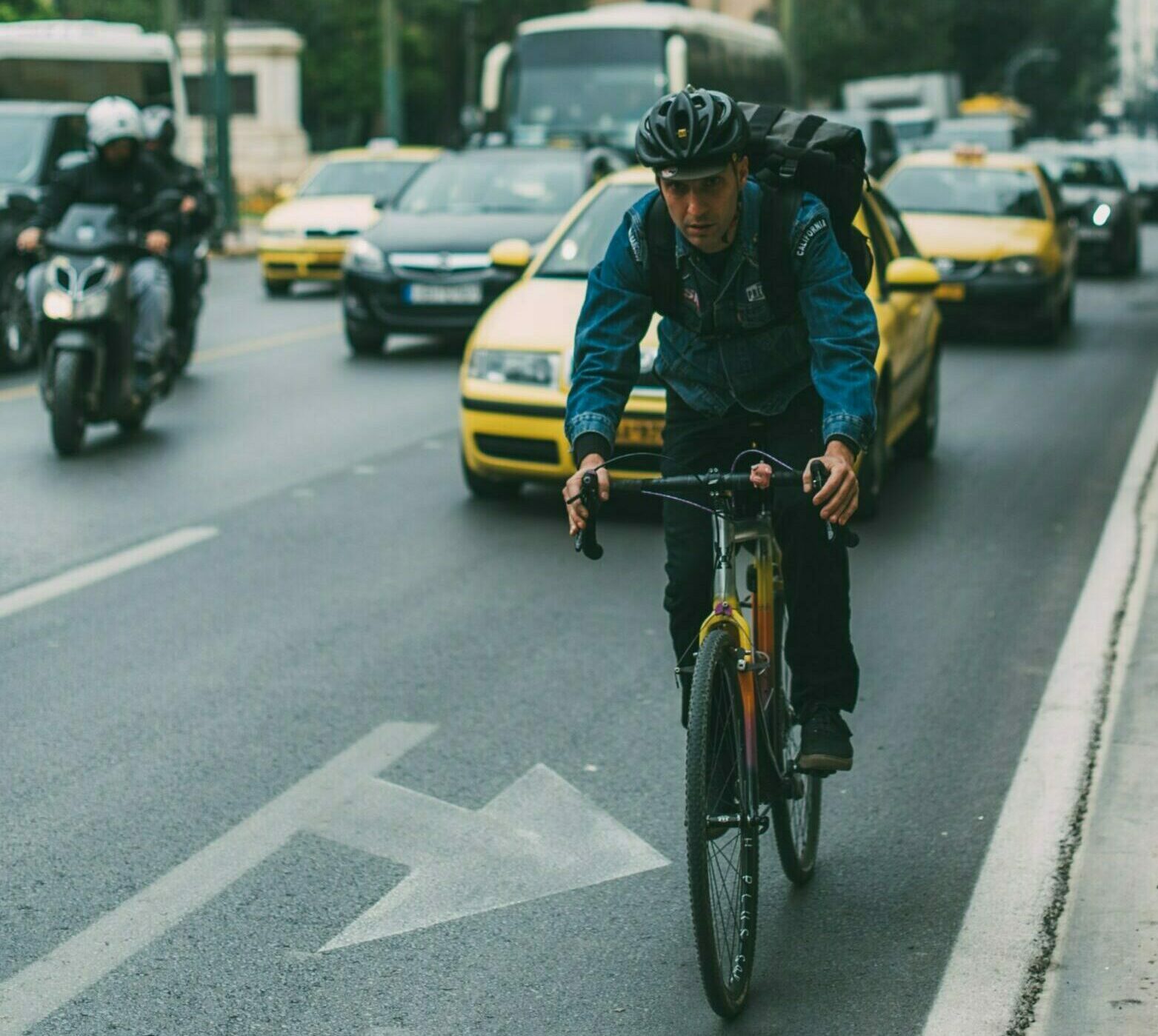 Old Athens: Pictures of Patision Avenue from another era

Walking the streets of Athens you may have wondered many times about what this place might have been like many decades ago. Most streets of Athens had a completely different image from what we see today. As is the case with one of the most central roads in Athens that once only carts and horse driven carriages circulated. Only a few details may help you realize it’s the same road.

Patision ave: What was one of the most central roads in Athens like, when there were only carts and carriages.

Speaking about Patision Avenue. Contrary to its current image, in the photographs that exist decades ago – and specifically since 1928 – it appears empty and only carts and horses proceed along the road. Since Otto’s reign (the first King of Greece), the upper social class had mnoved into the area, which had then been identified to the famous walk of the Athenians.

The French writer, Edmond Abu, writing about “Otto’s Greece” had stated: “The elegant world of Athens has the walk on Patision Street as its main entertainment, either in winter, or in summer. They get there on foot, by carriage and mostly by horse. In Winter they appear there from three to five o’clock in the afternoon. In Summer from seven to nine.” 1906. At the beginning of the 20th century, the area was the best walk of the Athenians. In this area the first cinemas and the oldest theaters of Athens were seen for the first time. Among them the “Veaki” theater, the “Alpha” and the “Alhambra” theaters, where Kazantzakis (one of the greatest writters of modern Greece) and Panait Istrati (a Romanian writter who was called the \Maxim Gorky’ of the Balkans) spoke in 1928 for the impressions they had of their journey to the Soviet Union in front of a assembled crowd . 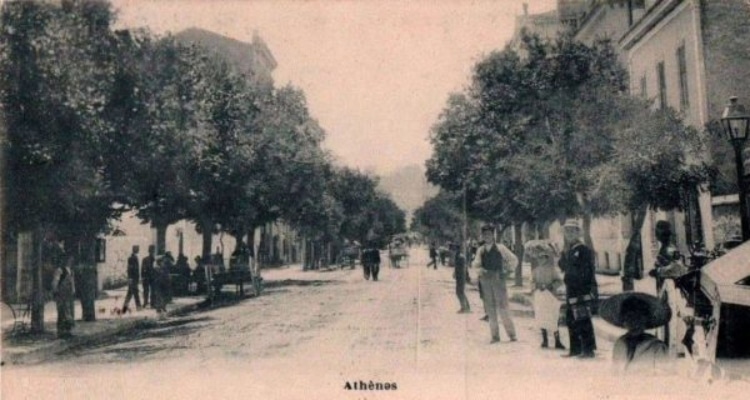 The buildings that graced Patision avenue

In the rescued photos we can see the five-storey building that housed the Acropole Palace, which is under construction. It is an art nouveau architecture style building and in the interwar years it served as a place of entertainment for the Athenian middle class. The first post-war films of Greek cinema were shot on the premises of the hotel. From its balconies you could see Lycabettus hill, the National Archaeological Museum and the Polytechnic University. From there, the Dutch journalist Albert Kourant filmed the invasion of the tank at the Polytechnic University during the students’ uprise against the dictatorship of the Colonels in 1973. 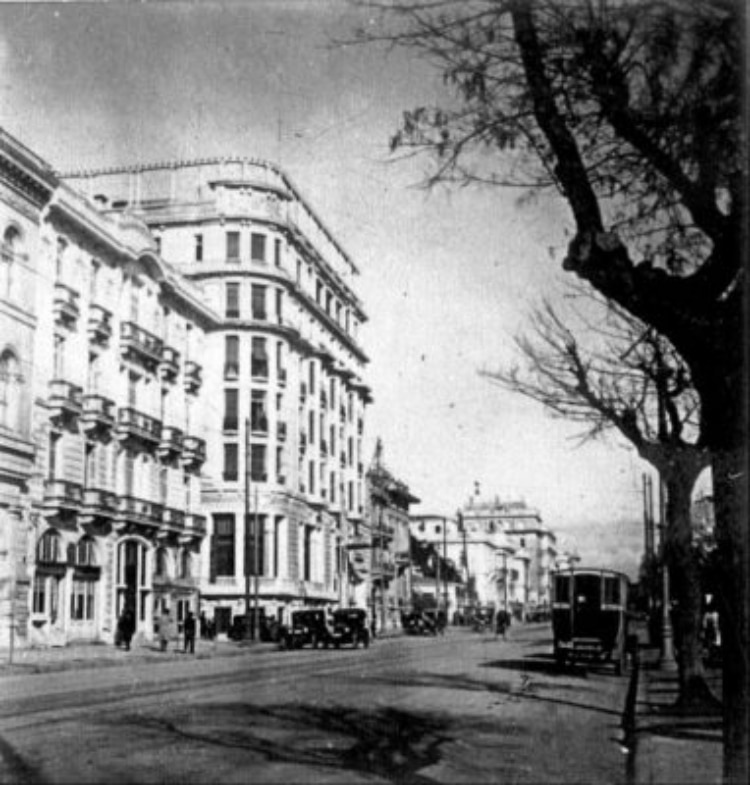 A little further down the street is the neoclassical apartment building, to which Maria Kalas moved with her family from New York in 1937. It is located at number 61 of Patission avenue and was built in 1925 by the architect professor of the NTUA, Konstantinos Katsikis. Today, the road has lost the glamour of the past . The historic buildings that survived the “land granting”, are reminiscent of the past of another era. 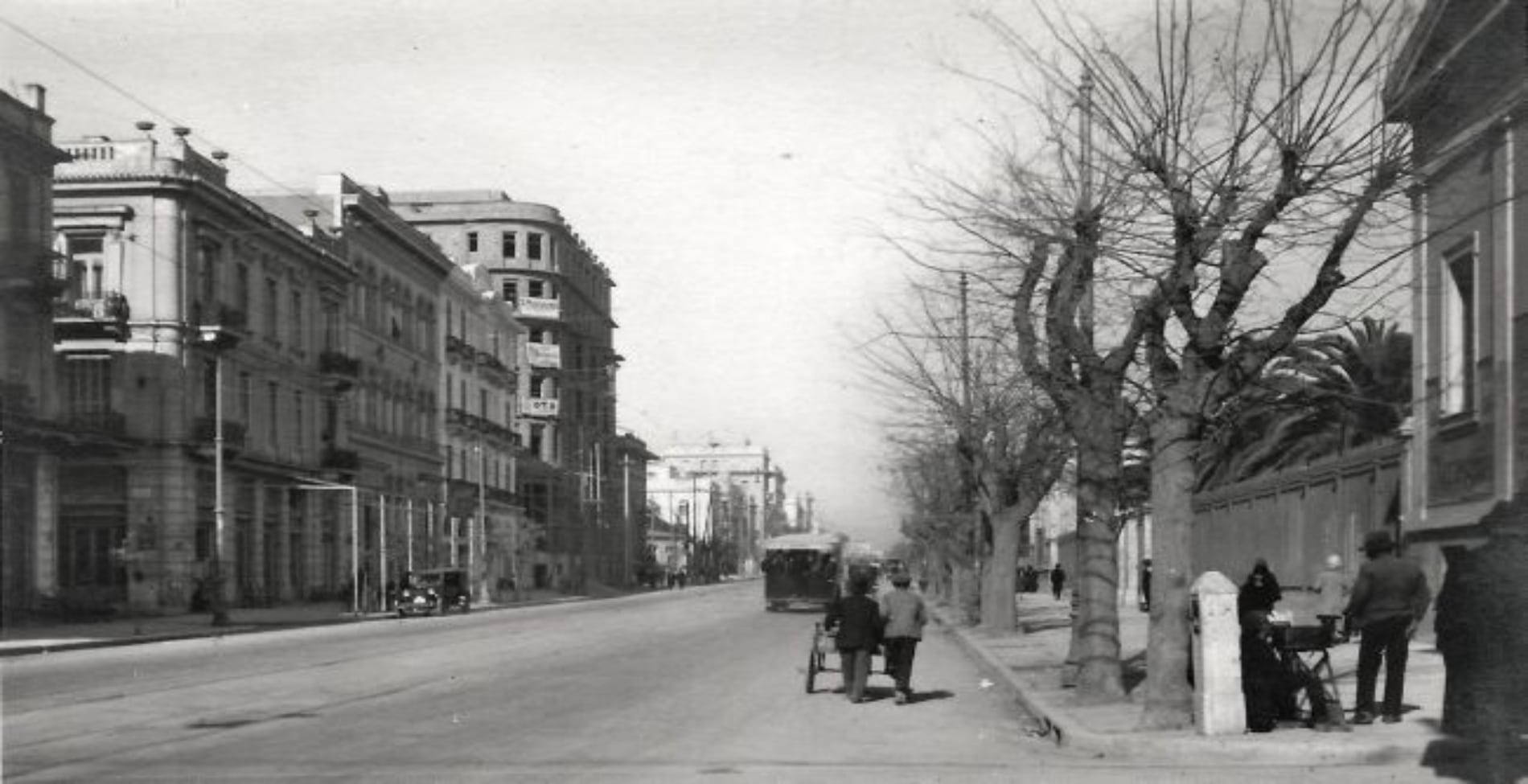 In the exterior photo we can see Patision Avenue, one of the most central roads in Athens at the height of Stournaris Street. The latter was named after the national benefactor, Nikolaos Stournaris.