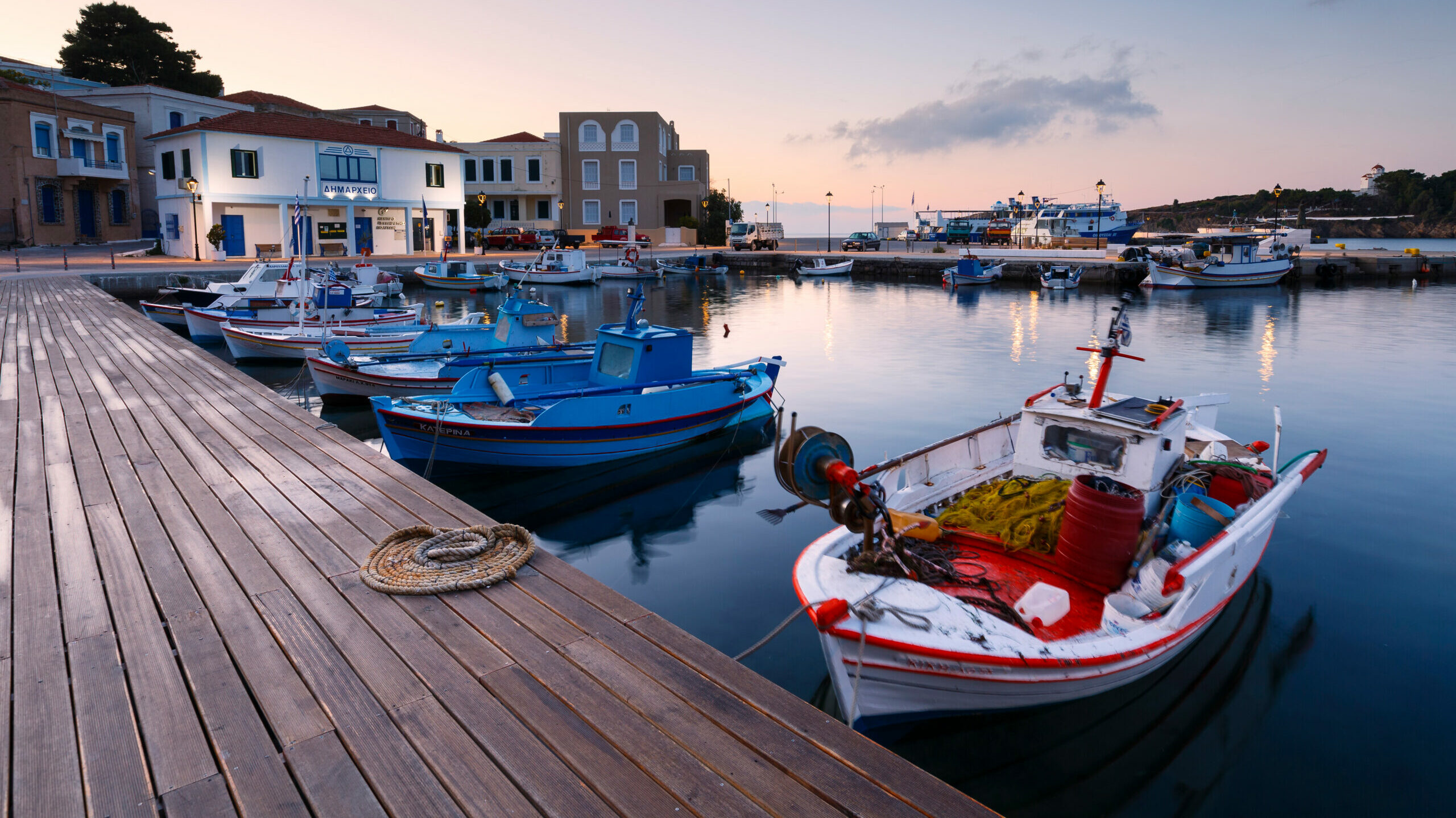 Oinousses: The unexplored complex of the Aegean Sea

A retreat with a great maritime tradition

Away from the crowds and the intense tourist traffic. Between Chios and Turkey. A retreat can be found there. A cluster of nine small islands and islets, called Oinousses. A small unexplored paradise that only the very initiated in alternative trips to Greece know.

A retreat in the Aegean Sea

Oinoussa, Panagia, Vatos, Gaidouronisi, Pontikoniso, Archontoniso, Pontikoudiko, Laimoudiko and Prasonissia. These are the nine islands that the Oinousses Complex consist of. A cluster of islands proud of its ancient roots. Moreover, as early as the 6th century BC, Oinousses were already famous for their good wine and also for their very hospitable residents. Oinousses is a true retreat for those who want to get out of the ordinary in the summer. Stay in a room overlooking the sea and gaze at the endless blue of the Aegean Archipelago. In addition to the tranquillity that one will find there, one will also get to know a blessed place. It is of no coincidence that the area is protected by, the Natura 2000 network. The central island that the locals call“Aegnousa”(Lygaria in ancient times) is filled with beautiful coves and beaches. In the centre of the traditional settlement of Aegnousa, you will notice the colourful picturesque houses with the tiled roofs but also the majestic church of Agios Nikolaos, protector of the sailors. In this temple, every 15th of August, the locals revive the religious custom of the burial of the Virgin Mary.

The island is run by a paved road through all of its perimeter, that allows easy access to most beaches even on foot, as its length does not exceed 18 km.

Desert islands, on the other hand, are the real secret that Oinousses have in terms of beaches. All you need to discover them is to go around with one of the boats on the island. The unexplored Aegean Sea is at your feet. Idyllic natural wealth, enchanting seabeds, lacy beaches and pristine fishing grounds.

Oinousses and their maritime history

Oinousses has always been the island of shipowners and captains. The inhabitants can take pride in writing the first chapter in greek shipping. After all, the first Greek commercial steamships were from Oinousses and were the ones that wrote the first chapter in modern Greek shipping. When you arrive at the port, you are greeted by the statue of the Oinoussian mother, who appeases her children with the handkerchief as they leave their journey to the oceans. You will also see a bronze mermaid with a crown and a sailboat in her left hand, the eternal companion of the sailor in the sea. There is also a Nautical High School on the island and a Merchant Navy Academy, which has brought out more than 1500 captains, who worthily staff the global merchant shipping. It’s not coincidental that many shipowners come from here.

The festivals and the gastronomy of Aegnousa

Each one of the Aegean islands usually has its own culinary history. So does Aeginusa. The wild greens of the island are served with fresh seafood. If you are a mushroom lover, you will have the opportunity for a new tasteful experience there. We are talking about the rare species of mushrooms that spring up in the winter months. With these, the locals create pies as well as tasty burritos. The island is also famous for its sweet honey used in many savoury recipes.