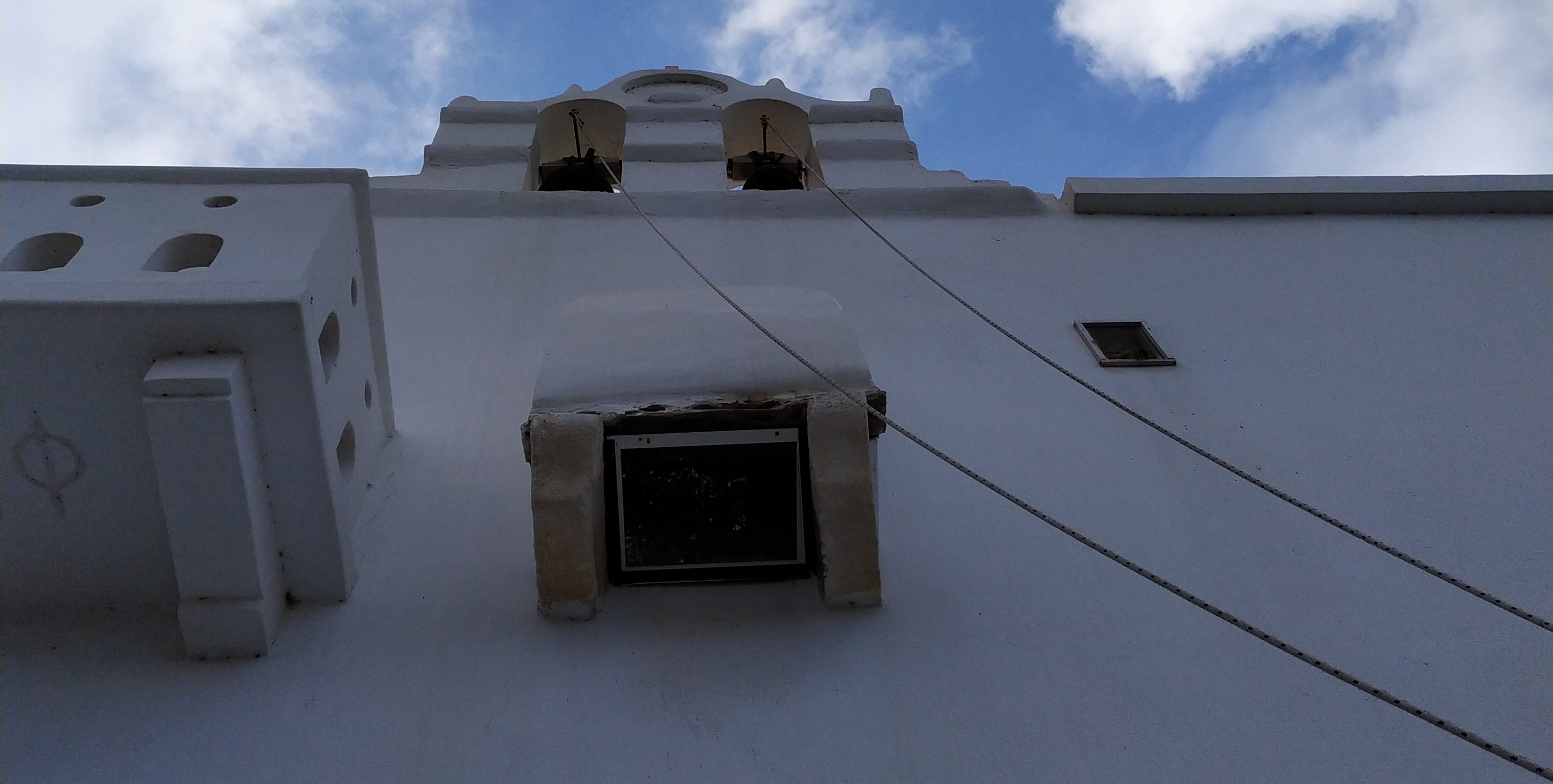 Special churches of Orthodoxy with history

Naxos is famous for its large number of Christian churches and monasteries. Each of the monasteries has its own history and special characteristic, but all have in common their contribution to history.  So if you are in Naxos for holidays, apart from the beaches you will visit and the gastronomic trip you will experience, it is worth visiting some of the monasteries of the island. 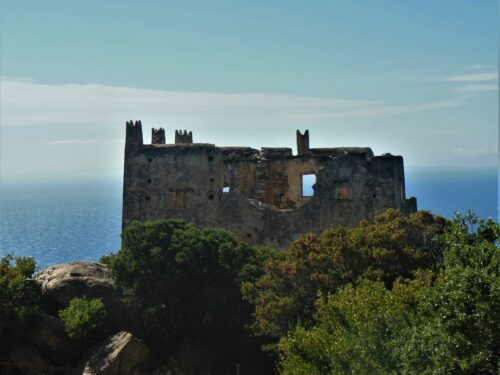 Pyrgos and the Monastery of Agia are located in the northern part of Naxos, 6 km away. before the village of Apollo. The Monastery of Agia is at an altitude of 220 meters. In the courtyard, there is a spring surrounded by huge century-old planes. It is dedicated to the Virgin Mary and celebrates on the 15th of August – the day of the Assumption of the Virgin Mary when a big festival takes place.

At 150 meters from the monastery is the Tower of Agia, built of Naxiotic stones. It was built in the 17th century and inhabited until 1992 when an extensive fire broke out which destroyed most of it. Today only some walls are preserved which are reminiscent of its glorious past. To visit the Monastery there is a small path next to the tower. But there has also been a road for people with disabilities.

The Monastery of Panagia Faneromeni 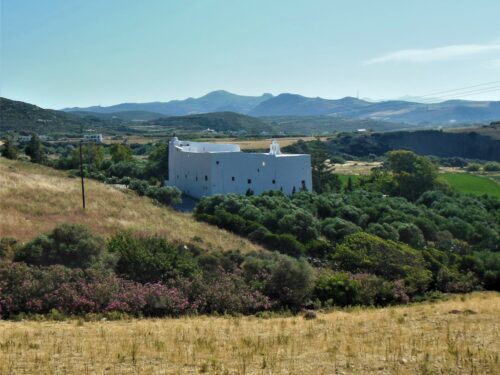 One of the monasteries you should definitely visit is the Holy Monastery of Faneromeni which is almost at the edge of the sea. It was built because of the discovery of an image of the Virgin Mary by the crew of a ship which had been in great danger around that area It is located northwest of the village of Egares. It is about 17 km away from Naxos Town to the regional road network.

The Monastery dates back to the 14th century. At the end of the 16th century, the Monastery of Faneromeni took the form it has today and became a crusader Monastery following a decision of the Ecumenical Patriarch of Constantinople Theolypte I.

The Monastery experienced great prosperity in the 19th century and many important travelers have written about it. It is a male monastery with monks and abbot, visited throughout the year. You can see its functional spaces, cells, galley, and temple with the icon of the Virgin Mary. On August 15th the Holy Monastery of Faneromeni celebrates for three days. 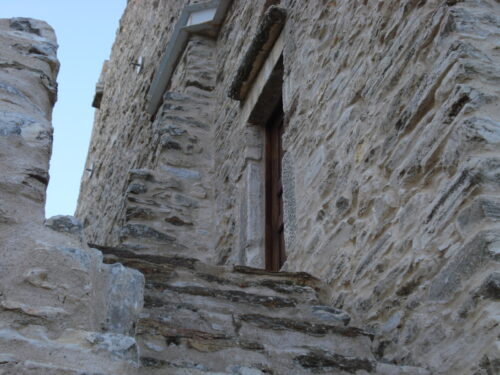 The Holy Monastery of Fotodoti is located just north of the village of Danakos. It is a special building as it is the oldest and perhaps the most important castle in Naxos.

It is built at an altitude of about 500 meters and around it has fig trees and vines as well as an agelong plane tree at its entrance. The Monastery was built on the ruins of an early Christian three-aisled basilica of the 6th century. It consists of two floors. The temple and the wall paintings of the church date back to the period of the Iconic Battle, which is why its erecting is estimated to have taken place in the 9th century AD. The Church is dedicated to the Transfiguration of the Savior which celebrates on August 6th.