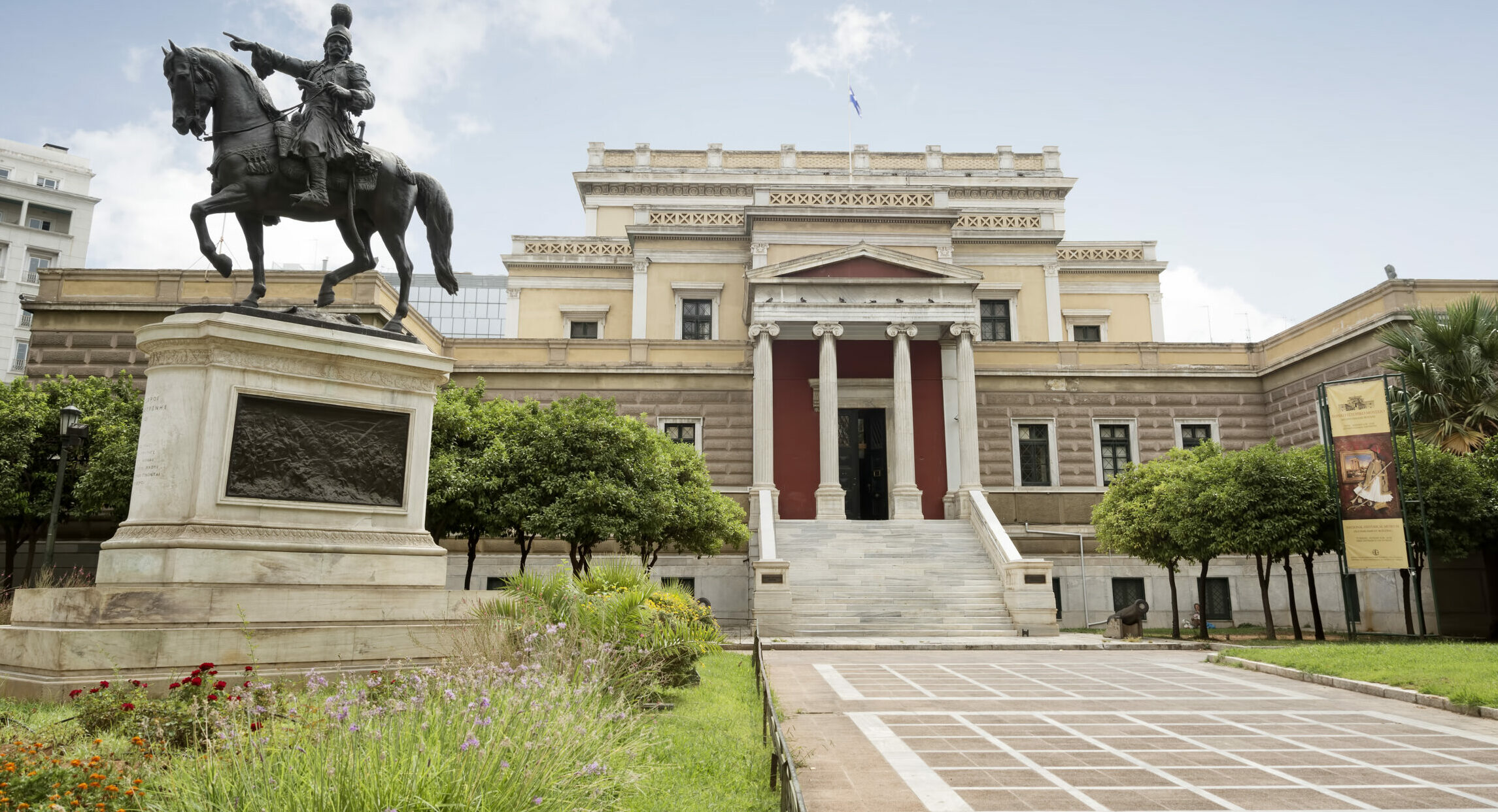 Meet the National Historical Museum in the Old Parliament

The uniform of Theodoros Kolokotronis (one of the great heroes of the Greek Revolution) dominates the place and so does the… heart of Canaris!

In Kolokotroni Square, in the spaces around the old parliament, the National Historical Museum is housed in the Old Parliament. Exhibits from the Fall of Constantinople to the Second World War, next to the watchful eye of Theodoros Kolokotronis.

Paintings, banners, traditional costumes, weapons are some of the exhibits that will accompany the visitor on his journey through time. At the entrance of the museum, there is an interactive painting that unfolds the virtues of the exhibition. What is there and where. Immediately afterwards, technology gives way to the “Massacre of Chios” by Eugene Delacroix.

The collections are exhibited in seven successive spaces, around the main conference room, sorted in chronological order. In the premises, the story begins in 1453. Armour, uniforms, weapons from the end of Byzantium. From the Fall of Constantinople, to the Revolution of 1821.

In the museum that’s in the heart of Athens, there are many exhibits. But what dominates the place, is the uniform of Theodoros Kolokotronis. Purple, nobility and pride. the collection of weapons is impressive. Really elegant works of art. Historical Cariofilia (the rifles of that era) are mixed with paintings. The weapon of Athanasios Diakos, the exit of Mesologgi, costumes by personalities of the Revolution, statues.

Spetses, Hydra, Psara. The hall dedicated to the three islands that played an important role in 1821. Miniature ships, both Greek and Turkish, revive the naval battles in Greek waters. In the same room, in an amphora-shaped vessel, there is something no one expects: the heart of Kanaris!

We continue with the newly created Greek state and the political personalities that played the main role at that time. Historical objects on the part of Ioannis Kapodistrias, King George I, Charilaos Trikoupis.

During the latter’s prime ministership, on August 11, 1875, the official opening of the meetings of the Greek Parliament takes place. The magnificence of the place and its historical significance make any comment seem superfluous. Besides, there is so much that has been said in there…

In the National Historical Museum in the Old Parliament, there are treasures that everyone would enjoy. Even those who feel like… being bored of museums. Kolokotronis, Kanaris and the chieftains of 1821 Revolution will not leave them untouched.