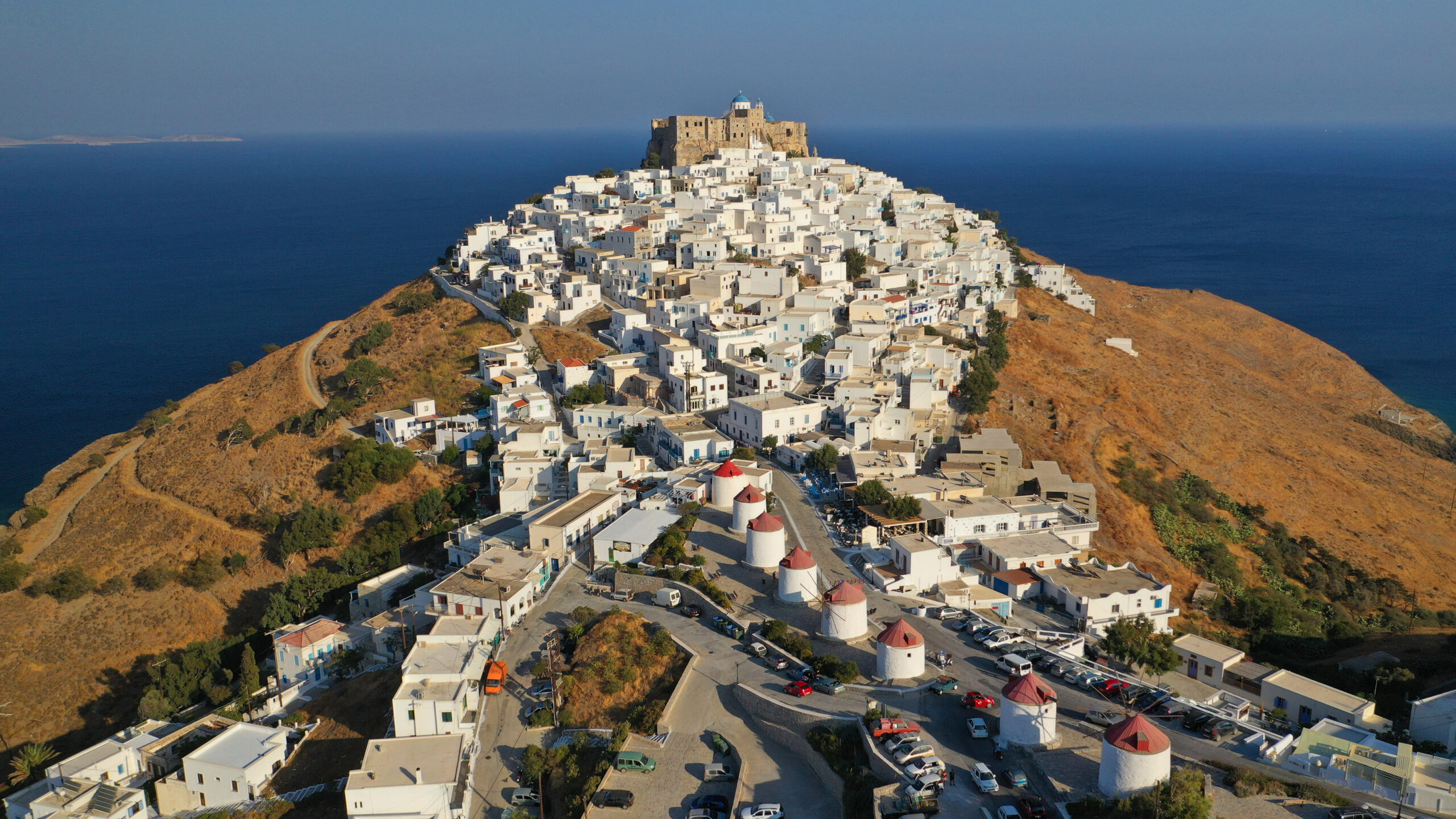 Meet the alternative and atmospheric Astypalaia

The butterfly island of the Dodecanese

Astypalaia or Astropalia. However you call it, what’s certain is that you mean this island of the Dodecanese that doesn’t look like the others. You won’t see it show up on the front pages, but if you visit it, it’ll occupy one of the first places in your heart. It is one of those islands that everyone who has gone there, always remembers a tender or fascinating story.

And probably one is the word that can perfectly describe this island. Atmosphere. This is why Greek travellers love the westernmost of the Dodecanese, the butterfly island, as it is called because of its shape. It is the island of a wild youth that will charm you and even when the years pass away and you no longer belong to adolescence. You will find accommodation with all the comforts you want and you will think that, for afew days, you are a permanent resident of the island.

Astypalaia, the island of experiences

For its “aura” and “energy”, then, they all choose Astypalaia. Who hasn’t felt the awe in front of the rising moon dressed up in yellow over the Castle of Chora? And who hasn’t stayed up until morning in the shops around the windmills? And who hasn’t enjoyed the blue waters for hours?

In this fanatical audience of visitors that Astypalaia has, the locals helped for sure, who, although not many, they know better than anyone what hospitality means. Most residents of Astypalaia did not see tourism as an opportunity for money, but more as a blessing and an opportunity to open up their neighbourhoods and homes. And that blessing rewarded them with more than they could expect. Through the love of the visitors.

If you happen to be in Astypalaia for the summer, you will start your tour from Chora (the capital). It is, after all, the capital and port. Built on a rock that penetrates the sea, which is forming two coves. On one side is the port and on the other is Livadi bay. Almost united with the port, called Platis Gialos, it is for many the most beautiful island capital in the whole of the Aegean Sea. At the top of Chora, the Venetian castle of Guerini dominates the landscape, built with the traditional local dark stone and surrounded by white houses. The exterior walls of the houses create a wall with small windows with crenellates. I’m sure you’ve seen this picture in photos that advertise Greece and its beauties.

Inside the castle, there are two white churches with ornate stony bell towers, Panagia Evangelistria and Agios Georgios. Opposite, the castle of St. John dominates, whose tradition wants it to be an impregnable shelter for the inhabitants in the times of the raids by pirates. The amazing windmills located on the ridge above Skala in Chora, have the shape of a cylinder and belong to the category of the “xetrocharis”, whose roof turns according to the direction of the wind.

The lacy beaches of the island

In an island like Astypalaia, there is no shortage of enchanting beaches. Many of them are formed by the lacy coves around the island. Agios Konstantinos, Vatses, Kaminakia, Agios Giannis, Panormos, Pachia Ammos are some of them. If you still belong to the category of those who love isolation and tranquillity mostly, you also have options for that. Boats take visitors who want to enjoy deserted beaches to the nearby islands of Koutsomitis and Syrna.

The Dodecanese alternative way of vacation is always waiting for you to explore it. Besides that, you won’t be content with only one visit. It’s one of those places you always come back to continue a beautiful story you’ve left half-finished. Or to relive intense emotions…