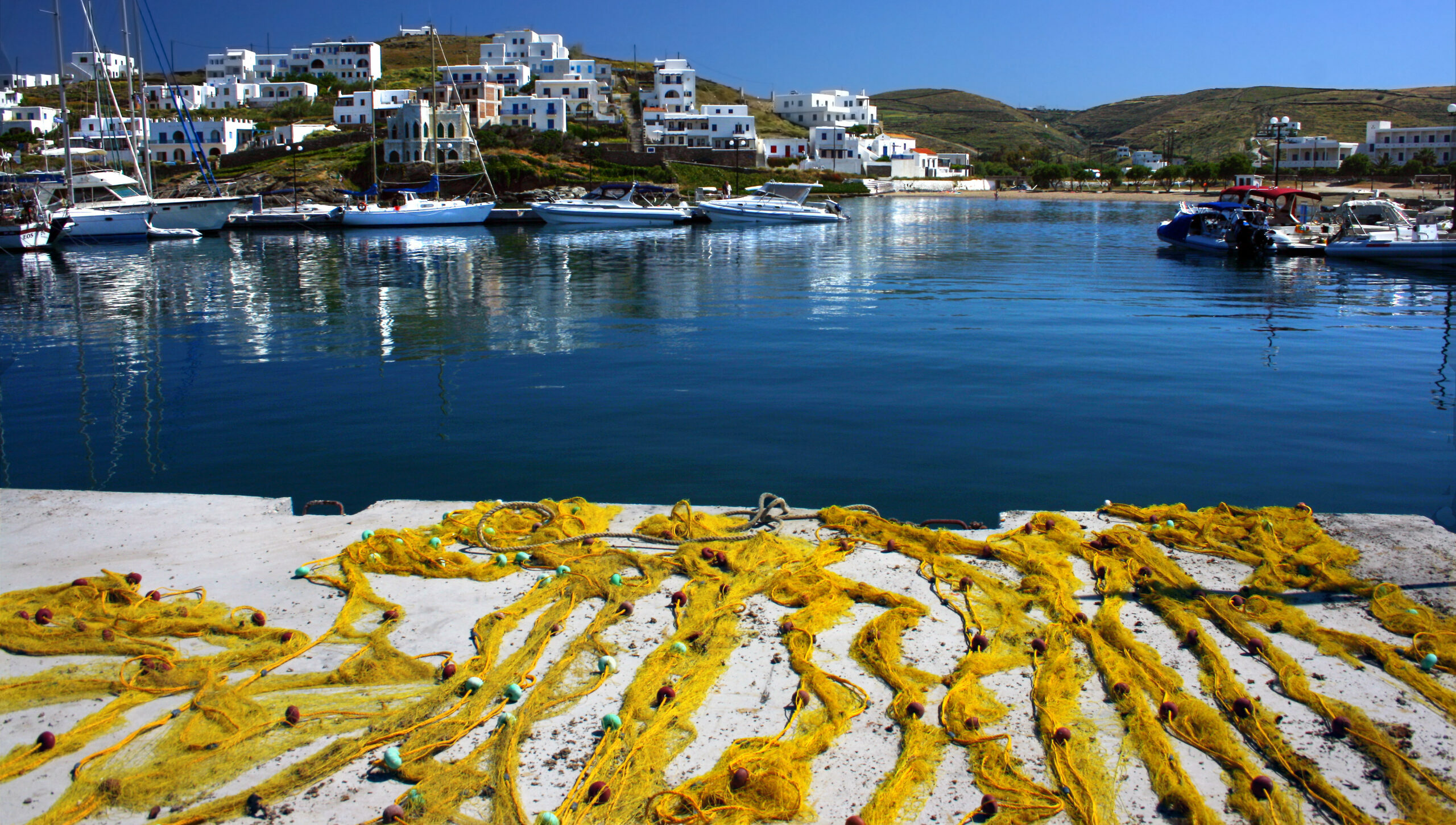 Kythnos: The Cycladic island with the painted walls

The Cyclades islands consist of a cluster of islands where one is more beautiful than the next. Each one stands out for its own beauty and special characteristics. So is Kythnos island. The island of simplicity and hospitality. Kythnos, an island with painted walls that reminds you of the beauty that art really has when it comes out of people’s hearts. A trip to Kythnos island leads you to white settlements, the beautiful villages of Chora and Dryopida and 99 beaches. A little tour that makes you quickly realize that you are in a heaven on earth.

A Cycladic island for the initiated

The relief of Kythnos differs from the one on the other islands. You get a different feeling from the bare sun-burnt slopes of its low hills that consist the backbone of the island. Despite its unassuming landscape, Kythnos hides many different images when you get to know it better. Among them are scattered chapels, two central settlements, a cave, ruins of an ancient temple and medieval castles, the hydrotherapy centre of 1840, iron bridges from the old mines and small green oasis near the coast and where there are reeds, as in Mathia with the old laundry houses.

Kythnos, this Cycladic island between Kea and Serifos is 3 hours from the port of Piraeus and just 1 hour and 40 minutes from the port of Lavrio. It belongs administratively to the South Aegean and since the 12th century it is also known as “Thermia”. This name is due to the hot springs that exist until today in the bay of Loutra. And it’s one of the key elements that will impress you.

In Loutra you will find a small natural thermal bath in the sea. At the edge of the beach, the water gushing from the springs exceeds 40 Celsius degrees in temperature and the feeling is unique. 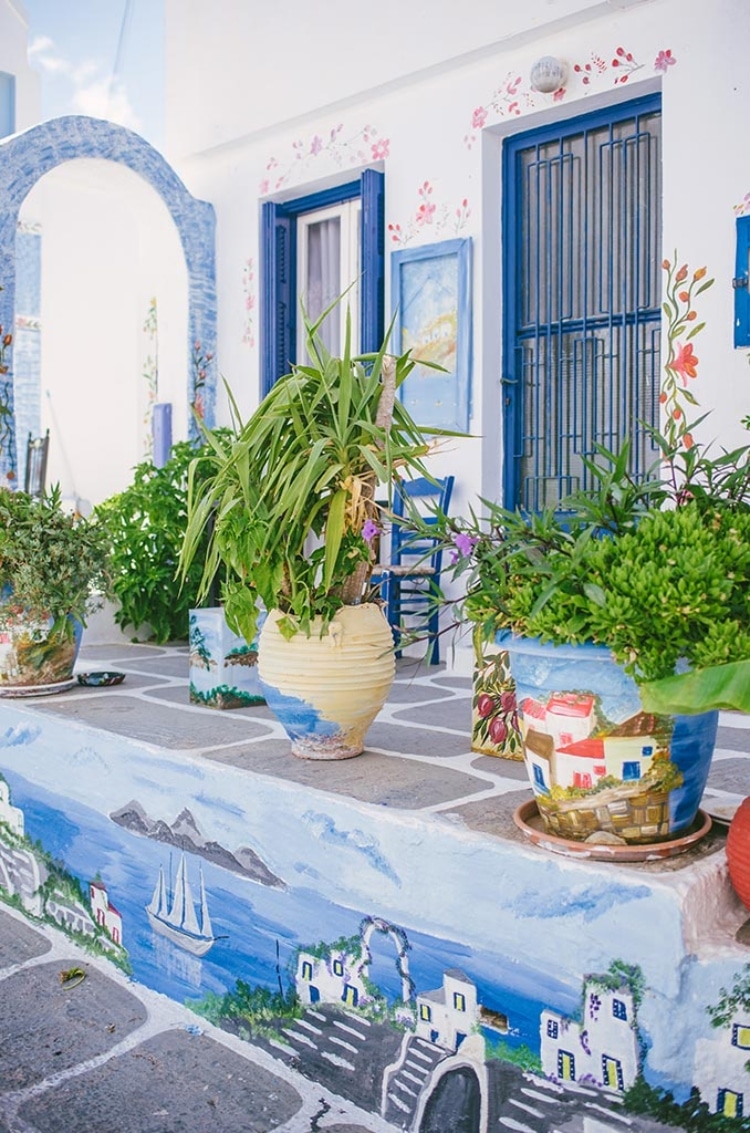 Kythnos with its painted walls

Moreso, something that stands out in Chora, the capital of Kythnos, or else Messaria, are its walls. Chora is a classic Cycladic town, full of whitewashed churches and alleys decorated one by one with flower designs and other motifs, but also with painted walls. As you walk in the alleys you suddenly see them in front of you or your sight might suddenly be attracted to the colourful garlands around some of the windows. Your walks will lead you under roofs and next to houses with this irresistible plasticity of the Cycladic architecture with its blue windows.

Kythnos is the Cycladic island that is so close to Athens and at the same time takes you to so distant and charming an environment, that there is no way you can limit your acquaintance with the island to just one visit.