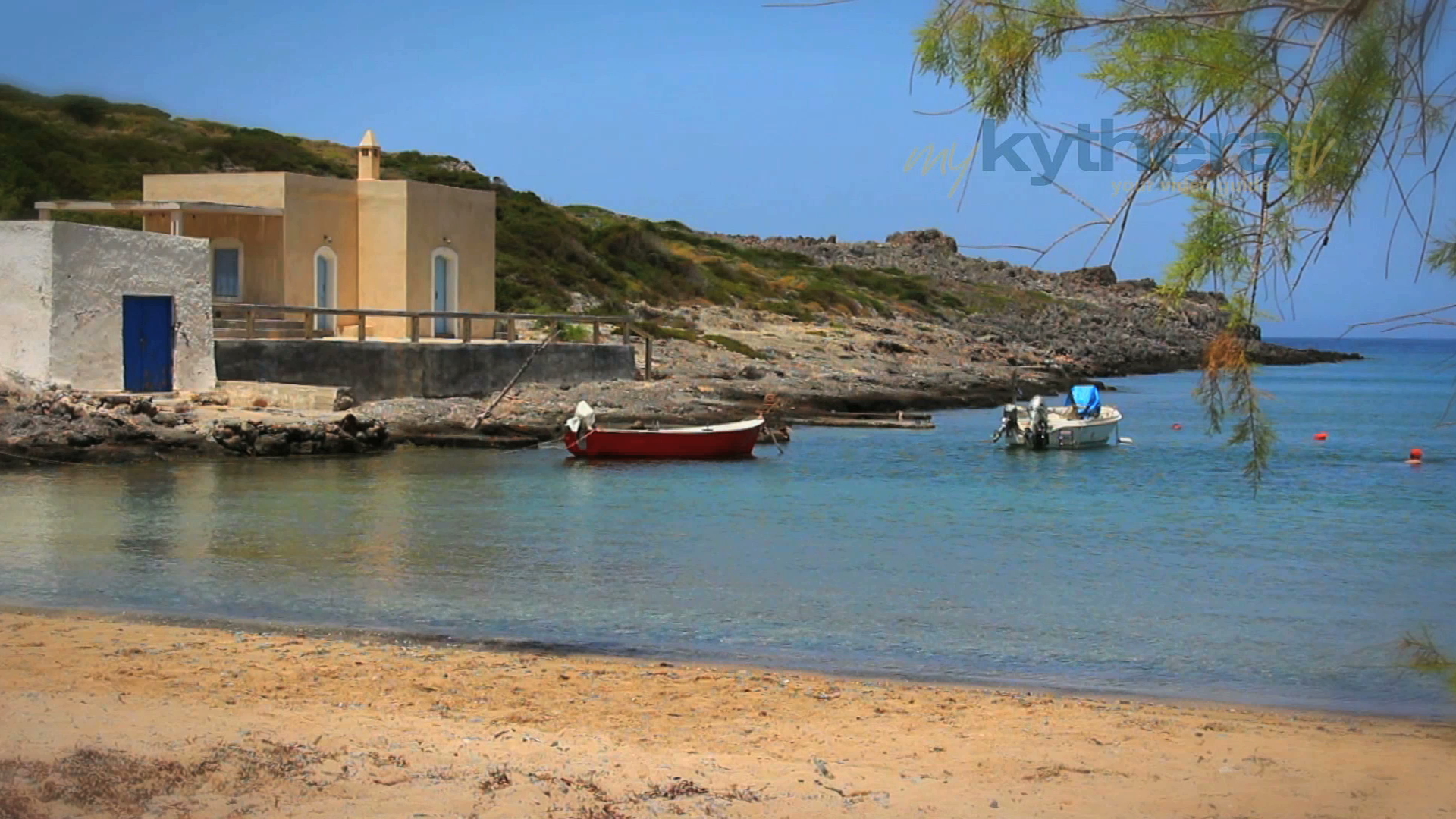 If you prefer something more quiet and picturesque, the paved road going west from Mylopotamos will lead you to Limnionas. It is a nice route following a spectacular winding road with beautiful views to the Ionian Sea. The small, sandy beach is not in the top flight of the island’s tourist options.

You will encounter mostly locals, who appreciate the small seaside taverna with its delicious mezedes. Not far away, the Fokospilia, a sea cave known for attracting populations of seals, is an enjoyable sight.

Directly opposite the beach are the Panagia islands, two small islets in front of Limnionas bay and just below the Monastery of Panagia Mirtidiotissa, after which they were named.

How to get to Limnionas Beach