Kea: The lion with the enigmatic smile

The myths and legends surrounding its construction

With hundreds of islands and rocky islets, in Greece, you find a variety in the morphology of the landscapes, different nature, and many sights influenced by the various events of history. Various buildings and sculptures belong to them. One such is the lion with the enigmatic smile found on a Greek island and specifically in Kea or Gia. It is one of the most famous sculptures of the island that has its own history. If you find yourself on this island, I’m sure you’ll see it up close and it’s interesting to know its history.

Kea: The Greek island with the lion

The Leo of Kea, as its official name is, it’s one of the most famous sights that this Greek island has. It is a lion carved into a rock which even has a particularly enigmatic smile. Leo of Kea is connected to many myths and legends as is the case with many sculptures and monuments throughout Greece.

One version states that the sculpture was created during the 6th century B.C. Another argues that Leo of Kea is a much older construction and many people agree with this version. What is certain is that it is a creation of antiquity with its enigmatic smile not fully interpreted.

One of the myths says that the lion had saved the inhabitants from the nymphs according to an order of Zeus. So when the lion’s mission was completed, it disappeared from the world of mortals forever. The inhabitants of the island, therefore, decided to dig into the rock a lion, similar to the one sent by Zeus, so that the nymphs if they came back one day would be afraid and leave.

Whatever is the real story of the creation of the sculpture, Leo of Kea stands in front of Julida as a guard of the small valley and with its invisible smile attests that nothing evil will happen to its inhabitants. 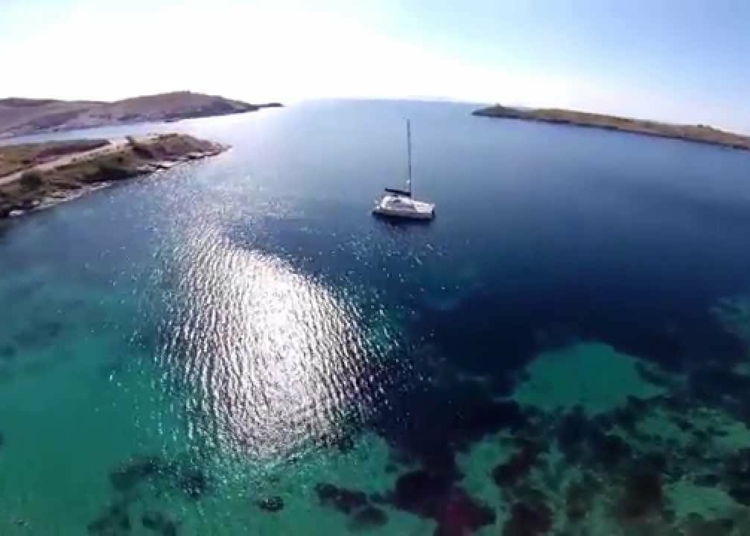 Kea is an ideal destination for weekends all year round. Especially in the autumn when we’re looking for something calmer and less noisy. You will find beautiful and well-groomed accommodations, nice shops for food and picturesque corners. Plus the beaches with warm waters especially in September. It will make you a big fan of September’s alternative holidays. It’s not far from Athens, and this makes it an ideal destination for a weekend or a three-day trip.