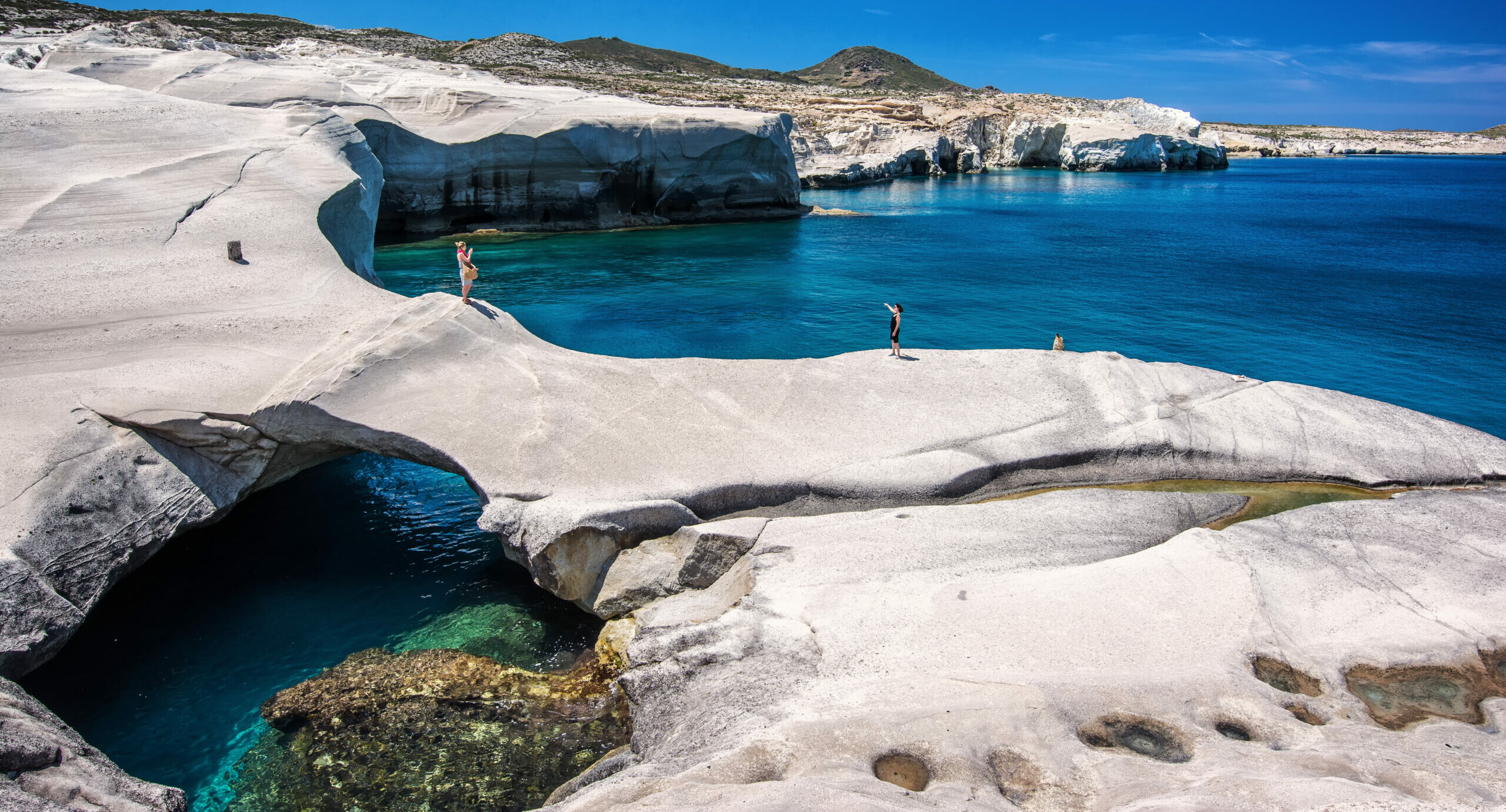 The exotic Greek beaches which were pirate-related

Crystal waters and Saracens in their history

Looking back at the history of the 6th and 7th centuries we can see the rich action of the Saracen pirates in Greece. Later they gradually expanded to Lower Italy but also to North Africa and Sardinia. With the term “Saracens”, Greeks used to describe all Arab Muslims. The word comes from the term “sarkeyin”, which in Arabic means East. But what do they have to do with the exotic beaches of Greece?

These are beaches from which they passed using them either as a base or as a shelter. What is left now is the name Sarakiniko on these beaches of Greece recalling the events that happened very long ago. The majority of them are exotic beaches with rare beauty

They are scattered in various parts of Greece, from Milos to Parga and Elafonisos.

Check out some of them…

Perhaps the most famous Sarakiniko in Greece. It is located in the northeast part of Milos, about 5 km away from Chora. It is a small beach surrounded by volcanic all-white rocks, making the landscape otherworldly and unique. The spot was named after the Saracen pirates who used the place as a refuge. It is said that the Saracens tied their ships to the caves around the sea, to be protected from the waves and the wind while sleeping in the recesses of the rocks next to the beach.

Another enchanting, exotic beach in Parga which is located next to the village of Agia. It is named after the activities of the Saracens there, while the local tradition states that the pirates ended up there, after a sudden summer storm that destroyed their ship. Then, in fact, they asked for help from the inhabitants of the area, pretending to be unlucky maritime merchants. The residents felt sorry for them, agreed to help them and invited them to a wedding that would take place two days later.

In Laconia at a distance of 4 km from the settlement of Elafonissos, on the south side of the island, are the twin beaches of Simos (small beach) and Sarakinikos (long beach or Cherachiniko for the locals). The beach of Saraceniko was used as a base by the Saracens, from whom it was named. The Bay of Saracenikos (or Cherachinikos) or Porto di Cervi according to the cartographers, was a refuge of wild Kilikes, Saracens, Turks, Barbarese, Maltese, Knights, English, French, Maniates, etc. pirates and buccaneers.

On the southeastern side of North Euboea and at an altitude of 93 meters from sea level, there is a small settlement called “Sarakiniko”. The name of the settlement comes from the Saracen pirates who used the area as a hideout. At the place where the chapel of Agios Georgios is located today, it is said that it was their fortress and place where they hid their spoils. According to local tradition, the small rocky island under the settlement was named “Xerocaravos”, because the prayers of the inhabitants managed to make a stone of the pirate ship that was travelling to raid them.