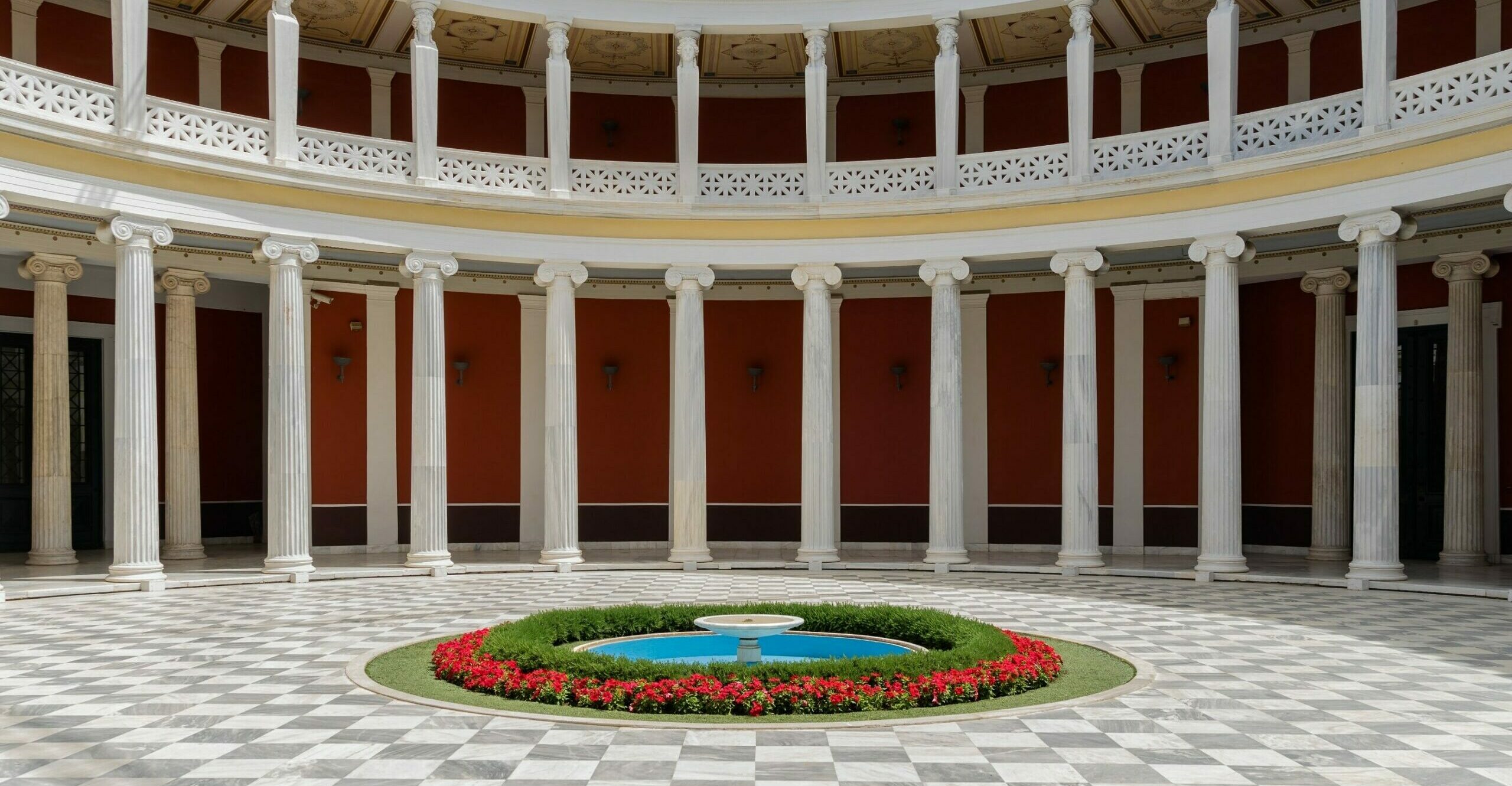 Evangelos Zappas: The National Benefactor who had a vision for Greece

The list of national benefactors of Greece is long. People who spent a lot of money from their property to strengthen the country and offer in its progress. The list does not, of course, lack a big name with a long history. Evangelos Zappas.

The man who envisioned and made the revival of the Olympic Games a reality. The second in command of Markos Botsaris who fought with all his soul and in the end renounced any financial compensation he was entitled to. He left a huge deposit in both Greece and Romania.

Evangelos Zappa was born on August 23 of 1800, in Lambovo, in the province of Tepeleni of the then Ottoman Empire in 1800. He was the youngest son of a great merchant in the region named Vassilios Zappas. He had an older brother, Anastasios. Having received the elementary education, at the age of just 13, he was recruited by Ali Pasha and sent as a guard to a fortress near Ioannina. With the alliance of the Suliotes with Ali, he found himself in the camp of Revolutioners and switched position going under the command of Markos Botsaris. After the fall of Souli, he became obsessed with the Revolution of 1821.

He followed Botsaris everywhere. He became his second in command, his ieutenant and fought to the end beside him. Until the Battle of Kefalovryso in the summer of 1823, the last battle of Markos Botsaris. There the “Samoniva Eagle” will be killed with by a headshot.

After the death of Markos Botsaris, Evangelos Zappas continues to fight alongside Markos’s brother, Konstantinos Botsaris as well together with other chieftains. Among them are General Nikolaos Zervas, Lambros Veiko, Gouras, Notaras and Panourgias. He was dedicated to the Revolution and freedom of Greece as few did.

Evangelos Zappas, the great benefactor of the nation

In addition to his reputation as a great fighter for the freedom of the Greek nation, Evangelos Zappas is rightly described as a great national benefactor. Zappas, who was from Epirus, founded a whole ideology, he wasn’t just a man who gave away his fortune. Characteristic of this is that, at the end of the revolution, he refused the financial compensation for the heroes of the Revolution. In 1831 he left Greece and emigrated to Bucharest. Vlachia, now Romania, is now his second homeland to which he also offers a lot.

He quickly joined the local community using a sophisticated public relations system and managed to make a big fortune. He buys land that he exploits and gains strong economic power.

Located in Romania, he is looking for ways to revive the sports competitions of ancient Greece. He even wanted them to be called “Olympics” something which he achieved. Influenced on this subject by Panagiotis Soutsos, the founder of the modern Greek Olympic idea, proceeded to write a memorandum on the establishment of an institution. He was also aware of the failed efforts of the past and decided to follow the ways of the Industrial Revolution.
The memorandum drawn up was sent at the beginning of 1856 and made the proposal to host the Olympic Games in Athens on 25 March 1857. Evangelos Zappas took full responsibility for all the expenses. He even sent 2,000 Austrian florins for the expenses of the first “Olympics”.

In 1856 he had written to King Otto offering 400 dividends of the National Steamship. He wanted the earning to be used for the establishment of the Olympic Games, the Olympiad and the prizes of the winners of the games.

Zappa’s characteristic was that he was not just a visionary. Whatever Evangelos Zappas put in his mind, he achieved. And he contributed to it with all his might. His intelligence, his vision and the virtue of the benefit that distinguished him functioned in unique harmony.

All this was reflected in his will which was composed in 1860. He was relatively capricious but at the same time, he was insightful and experienced. At every step of the way, his goal was to elevate Greece. The characteristic of his intention to offer and benefit is clearly shown in his will. There, Evangelos Zappas said: “Every Greek, without exception, has the right to be vigilant in the execution of the provisions of this will mine, to those against it, for them to be obliged by law to compensate and restore the aforementioned provisions”

The financing of the Zappeion Mansion

The great personality of Evangelos Zappas left a great legacy after his death. While he was alive he wished “To build the Olympian store with the stadium which should be decent and spacious, according to the plan that I have sent Mr Ragavis”. In other words, he wanted to create a space exclusively for the Olympic Games, the later Zappeion Mansion.

In 1869, the Greek Parliament allocated about 80,000 square meters of public land between the Temple of Olympian Zeus and the then Palace Garden to build the Mansion. This decision took into account Zappa’s desire to keep the building as close as possible to Kallimarmaron (The Panathinaikon Stadium).

Finally, after many delays, on 20 January of 1874, the foundation stone of the Mansion was placed. Towards the end of the 1880s, the cousin of the Evangelos, Konstantinos Zappas, commissioned Theophilos Hansen to draw up a new plan. The new delays and irregularities brought the work to a halt twice! Finally, the Zappeion Mansion is built and the opening is held with all solemnity on October 20 of 1888. The Zappeion Mansion is the first building to be erected worldwide for the service the necessities of the Olympic Games!

The end of Zappas and the use of Zappeion

Many, even today, believe that Zappeion was named after thusly because it was Zappa’s home. Not at all! Zappas didn’t even get to see it finished. In 1863 Evangelos Zappa was infected with mental illness, recorded by the Greek consul in Bucharest, as a frenzy. On June 18 of 1865, he died, having left his cousin as the manager of his estate.

After his death, he had left money to implement the games of 1870 and 1875 that took place at the Panathinaikon Stadium which he also restored.

In the first modern Olympic Games of 1896 in Zappeion Mansion, the fencing events were hosted, while in the second International Olympic Games of 1906 the lack of infrastructure and facilities led to its use as an “Olympic Village”.

Zappas had also requested that his monetary estate, close to 6 million drachmas, be passed to the Olympic Committee, after his cousin’s death. In the end, only a small part of it arrived in Greece. The Romanian State, to which he also offered so much, stood in the way of this last desire of his. Part of his fortune was also given for the creation of training facilities in his hometown.

Evangelos Zappas was a unique personality with vision. A fighter and a great benefactor. Today, he has left besides his buildings, his legacies as well. Precisely because he knew the pathogenesis of the Greek bureaucracy, he wanted and managed to bind the Greek governments in such a way that his work could be saved to this day.