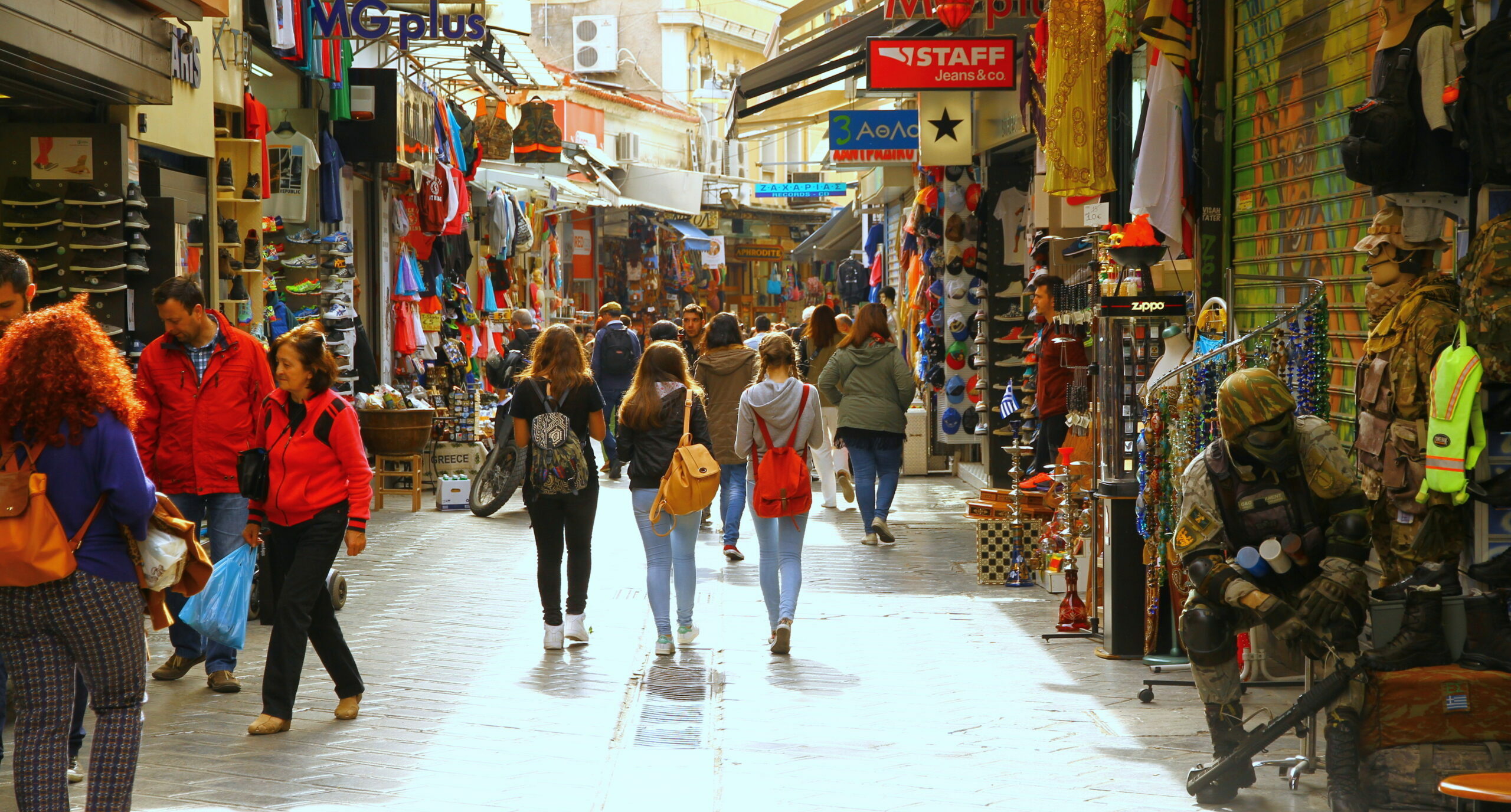 What’s in a name? The “Yusurum” of Monastiraki Square

The most favourite walkabout in the city centre

If there is a classic and favourite place for a walk in the centre of Athens on a Sunday, it is none other than that of Monastiraki district. It is in the “must-see” of every tourist who comes to Athens but also a standard for those who live in the capital of Greece.

Monastiraki or “Outdoors Auction House” as it is its name today, starts from the south side of Ermou Street, at the height of Metropolis Church Square, and goes all way down to Thision Square. It is a large area containing the districts of Psyrri, Plaka and Thissio. But it wasn’t always called as it is now.

A long time ago the wider area around Monastiraki was the centre for the commercial and economic activities of the city. In antiquity times the Ancient Agora was there. Later on, during Roman φορές, the Roman market was there while during the Frankish and Turkish occupations Wheat Bazaar and the Old Market on Mitropoleos Street were at that area. In the recent past, during the 19th century, it was called the Yousouroum. That name came from the Jewish antique dealer in the area, who had that name, Noah Yushuum. He had settled in the area and worked as a trader. Residents from different parts of Athens were shopping in his shop. He was distinguished for his morals and professional consistency and had earned a place in the hearts of the Athenians. Thus, the market acquired this name in his honour.

Today, the area is still a centre of commercial activities. However, you will not find only antique shops or merchants in the form of the shops of the past. The majority of the shops on Hephaestos Street sell branded products. Most dealers and small sellers of antiques are now located in Abyssinia’s square. There you will see all the glamour of the past in an outdoor bazaar. Under the dust that covers an object, you can unfold stories from the past with your imagination. Men and women of another era who left together with Yushuum…

The metro and the train stop in Monastiraki district will bring you near it for one more walk. For a little shopping, a cup coffee with the view of the Acropolis and enjoying appetizers against the backdrop of ancient Athens…