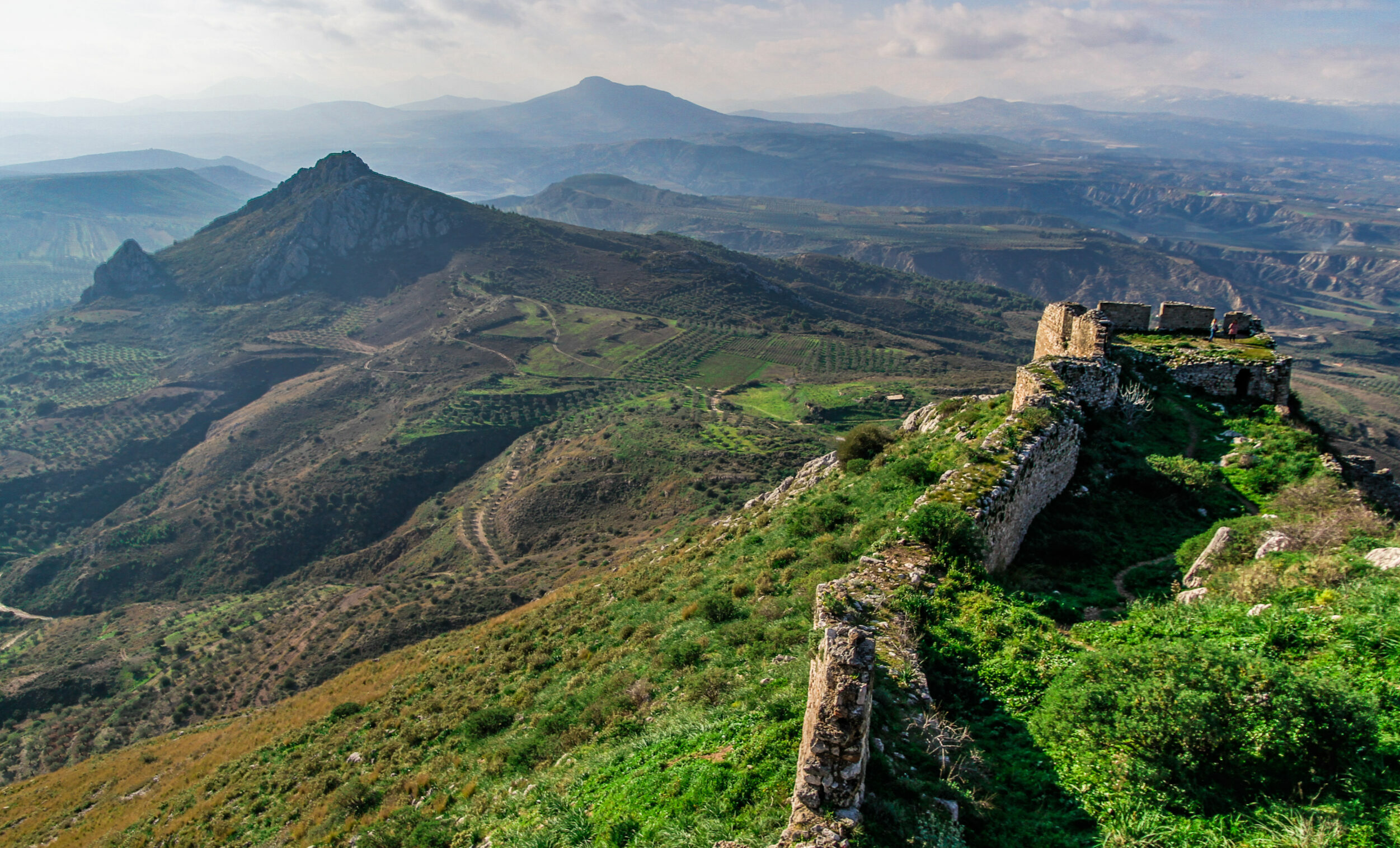 Corinth: Acrocorinth, the unknown imposing rock and its history

See the stunning images from above

If there’s anything in Greece that no matter how much you explore it, it doesn’t seem to end, that’s certainly its history. So rich and so big that you look back on the depths of the centuries and always discover something new that fascinates you. Something similar happens with a monument very close to Attica and specifically to Corinth, It is the Acrocorinth. Acrocorinth is the imposing and impressive rock whose existence and history are actually known to few.

Acrocorinth: The unknown imposing rock and its history

Acrocorinth, in the real world, is a cliff that is about 570 meters high. You will see it dominating near the plain of Corinth and the images from above are extremely impressive. At its northern foothills was built the Ancient Corinth. It has an admittedly special morphology. For this very reason, it has been used since ancient times as a watchtower. It turned out to be a fortress castle, forming the point from which any raid from Central Greece or even from the sea was supervised. The fighters of 1821(revolution against Turks occupation) used to call it Acrocorthos and Corinth Korthos.

What the myth says and what the history says

The myth says, that the first owner of the area was the mythical king of Corinth, Vellerofontis. So he dedicated the place to the god Sun. All the land under the Acrocorinth was granted to the son of King Aeetis. However, Acrocorinthos, which was the privileged point of the region, he decided to give it as a gift to the goddess Aphrodite. However, Aphrodite preferred Olympus.

And the myth continues that in honor of the goddess, Medea(the daughter of King Aeetes) built a temple at the top of Acrocorinth. And it can be a simple and very humble building but only for a while. Until the water gets there. And that was a feat of Sisyphus, the old king of Corinth when he saw Zeus kidnap the daughter of Asopos (the river). He told Asopos where they were hiding, in exchange for solving the water scarcity problem on the hill. This is how the Rock acquired its first fountain, the famous Pirini fountain.

As far as historical events are concerned, ancient Corinth was built at the foot of the rock. At that time, the steep Acrocorinth was an ideal fortification position due to its location. As is logical, a position of such great importance has not been left unused by the Corinthians. So they decided and they did so, to fortify the rock by creating the first fortified city during the tyranny of Periadros and his father of Kypselos in the 7th century BC.

Inside the fortress (what is left) there are remnants of the ancients temple from almost all periods of time. Also if you’re there it’s definitely worth getting to its highest point. There you will enjoy a unique view to the four points of the horizon! 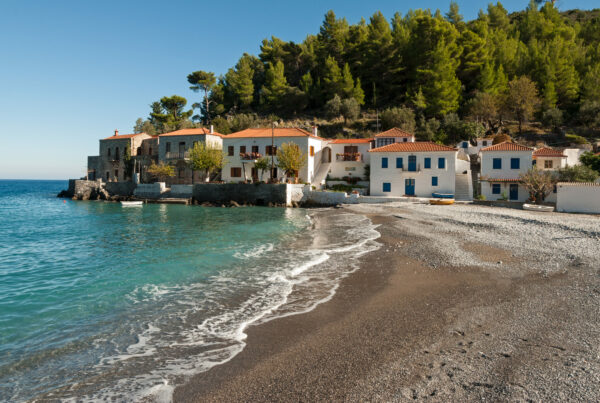 The hidden village of Greece between a mountain and the sea