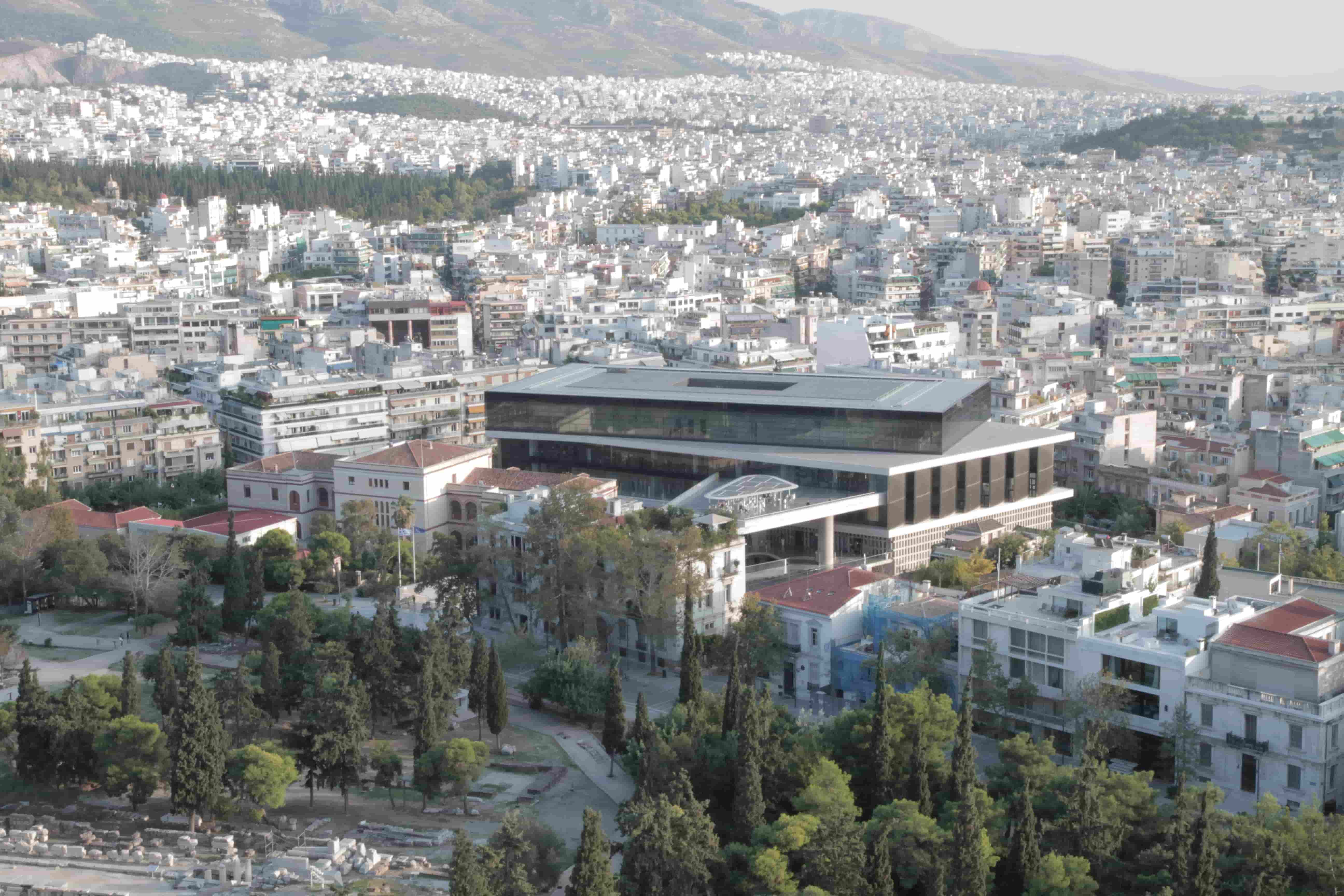 A unique museum of world history and culture

This dazzling modernist museum at the foot of the Acropolis’ southern slope showcases its surviving treasures still in Greek possession. While the collection covers the Archaic and Roman periods, the emphasis is on the Acropolis of the 5th century BC, considered the apotheosis of Greece’s artistic achievement. The museum cleverly reveals layers of history, floating over ruins with the Acropolis visible above, showing the masterpieces in context. As you enter the museum grounds, look through the plexiglass floor to see the ruins of an ancient Athenian neighbourhood, which were artfully incorporated into the museum design after being uncovered during excavations.

Stay in one of the most picturesque places nearby to Acropolis

The museum’s crowning glory is the top-floor Parthenon Gallery, a glass atrium built in alignment with the temple, and a virtual replica of the cella (small chamber) of the Parthenon, which can be seen from the gallery. Don’t miss the movie describing the history of the Acropolis. At the museum café and restaurant you can enjoy an aromatic Greek coffee or dishes based on traditional recipes and panoramic views of the Acropolis.

How to get to see the Acropolis Museum