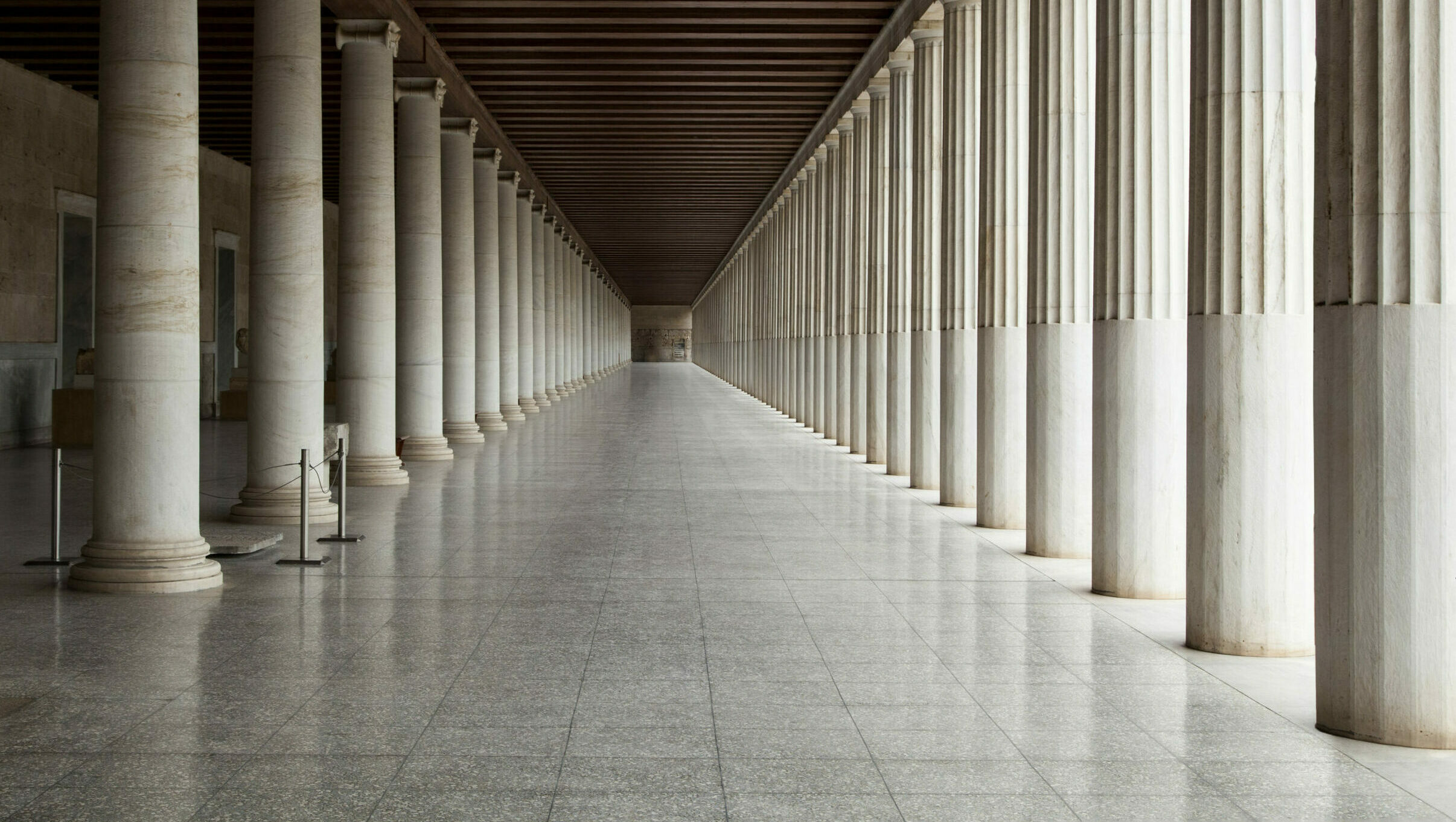 What Athens was like when it had a population of less than 70,000

Athens: from a small town to a large capital

Athens may count millions of people today, but this was not the case in previous centuries. Studying reports and historiographies one finds that Athens of the earlier years is presented as a small town before it was even chosen as the capital of the free Greek state. When Athens became the capital of the Kingdom of Greece, in 1833, it certainly had too many ruins and too little people.

A few years before the Ministry of Internal Affairs published the census of 1879 in which the population of Athens and more generally of Attica was revealed in numbers. At the time Athens had 63,374 inhabitants. Other areas were also recorded separately. Kypseli (77 inhabitants) Patissia (847 inhabitants) and Ampelokipoi (165), districts which today are an integral part of Athens, at the time were considered distant areas! Based on these data, the next most populated area of Attica was Amaroussion with 1216 inhabitants. It was followed by Kifissia with 652 and Halandri with 558.

Only Liosia, from West Attica, had a stronger footprint with 372 inhabitants. Other western areas were still sparsely populated: Korydallos had 70 and Peristeri had only 49 inhabitants. One can see how different Athens’s image was at the time. In paintings that survive from that time we can see a completely different Athens where only a few places are recognizable.

Old Athens areas and their names when the population was sparse.

Impressive are the names of areas that currently have a different record. Such is Katsipodou which is today’s Daphni district and Karas is today’s Ilioupolis district. Even Hassani which is today’s Hellenicon district (where the old Athens airport used to be). Also, Trachones was Ano Kalamaki district and Brahami is today’s Agios Dimitrios. In 1879, all these areas had a total of 275 inhabitants. Finally, the area of Levi, which had 62 inhabitants, was located in Eleonas district. It got its name after a Jew’s farmhouse. In conclusion, in 1879, Athens and the residential areas around it had a population of 68,677 inhabitants. 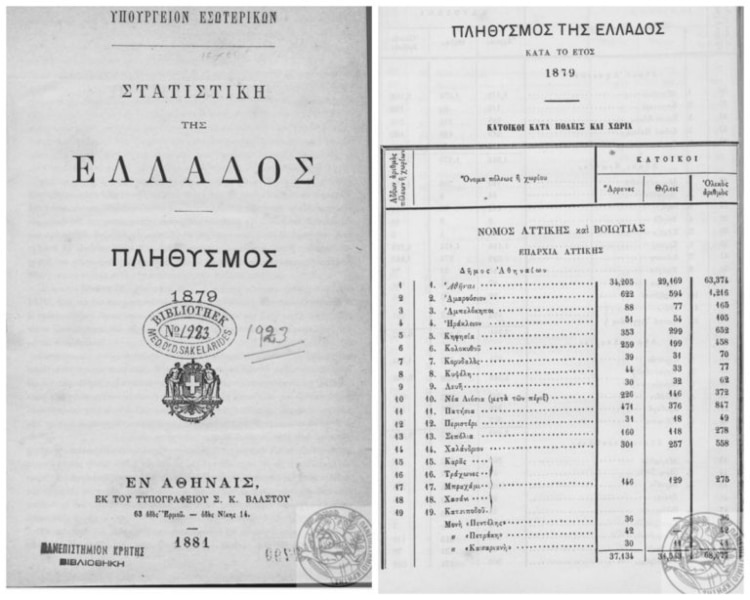 The historian Leonidas Kallivretakis developed interesting information in the electronic edition of the “Archeology of the city of Athens” of the National Research Foundation. “When it was chosen as the Capital of Greece, Athens was a village of 4,000 inhabitants and Piraeus was a trivial fishing port”. “Athens was, at the time[1834], a town of 10-12.000 inhabitants, full of ruins, near the feet of the Acropolis”. These are some characteristic phrases used, which give escalating nuances of this perception. However, the testimonies of the time suggest that this impression does not correspond to the truth. 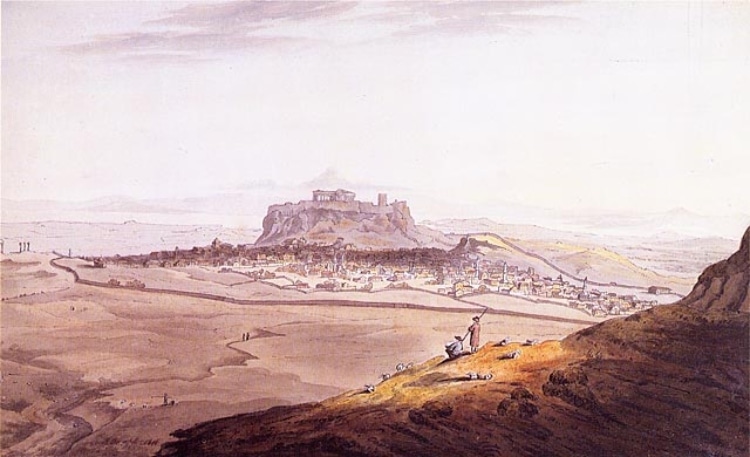 View of the city of Athens, in a painting by Richard Temple in the year 1810. At the left end of the image is the Hadrian’s Gate and at the right is Thission district. Source: J. C. Hobhouse, A journey through Albania and other provinces of Turkey in Europe and Asia, to Constantinople, during the years 1809 and 1810, London 1813

“Athens the city” is the setting of the memories of Panagis Skouzes “from 1788 to 1796”, while the birthday “State of Athens” is visited by Panagiotis Kodrikis in 17892. Arriving with Lord Byron in Athens in 1810, Baron Hobhouse, listening to their guide saying “master, here is the country”, he thought he heard “here is the village” (the words “chora=country” and “chorio=village” sound similar in Greek), but “surprised we saw in a plain, at a great distance from us, a large city around a prominent hill, on which we were able to discern some buildings, and beyond this city, the sea’.