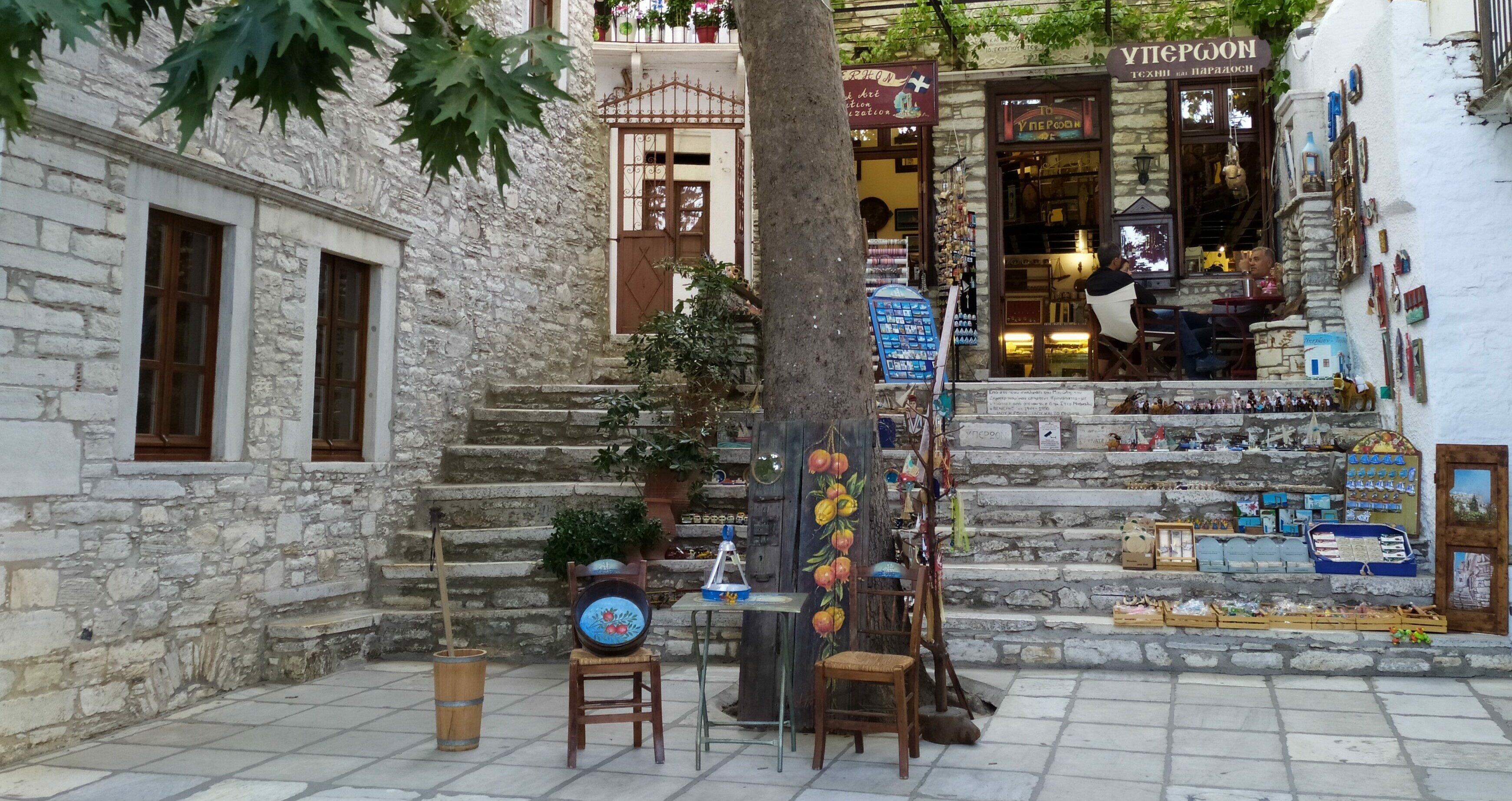 Apiranthos: The… Cretan village in Naxos

Mountainous but beloved among the islands of Cyclades

Naxos! An island that is the favourite for most. The corner of the Cyclades that offers you quality holidays and as much peace as you need to rest. It combines beautiful and clean beaches, wild mountain beauty and traditional settlements. There is no lack of hospitality and traditional local flavours. It is the island of the harmonic contrasts. In Naxos, of course, there is also a village that stands out by far. Apiranthos! It is the favourite of many and that is why guests choose it for their stay. It’s a… Cretan village in Naxos.

And why do we say that? It is no coincidence that Apiranthos reminds something from Crete. The Aperatites have a different temperament compared to the rest of the Naxians as well as a different linguistic idiom.

The village of Apiranthos in Naxos

Apiranthos or “Aperathos” as it is called by the inhabitants of Naxos, is located at the foot of The “Fanari”, at a height of 600 meters. The village is located in the center of the island and is about 32 km from Town. It is a very special village as it keeps its architecture untouched since the Venetian era. When you visit Apiranthos you will observe the marble alleys, covered cobblestones and small squares in which there are traditional cafes, restaurants and shops. 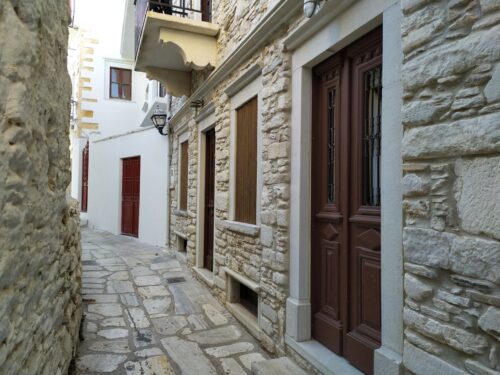 The attractions for the visitor of Apiranthos are the imposing Venetian tower of Zeygolis which is built on a rock and rebuilt in the 17th century. Also, at the entrance of the village, you will observe Agia Kyriaki (monastery) standing imperious. The holy temple dates back to the period of the Iconic Battle, in the 9th century, and is one of the most important monuments, not only of Naxos but also of the Balkans.

From Crete… in Naxos

Apiranthos is a village different from the rest on the island. The local dialect and the customs of the inhabitants of the village came from Sfakia and Anogia of Crete. The movement of the Cretans to Apiranthos took place immediately after the revolution of Daskalogiannis (Cretan Hero) in 1770 which was drowned in blood by the Turks.

Apiranthos is also known as the birthplace of the hero of the Resistance against the Germans, journalist, writer, and politician of the Left Party, Manolis Glezos. The inhabitants of Apiranthos are whole-hearted and creative. A special habit of people there is that in their spare time, they form local mantinades(little poems of 2 verses) the so-called “cotsakia”. 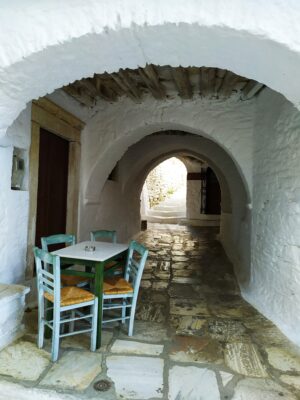 Apiranthos is the village with the most museums in Naxos. There you will find the Archaeological and Geological Museum, the Natural History Museum, the Folklore Museum, the Museum of Children’s Culture of the Aegean, the Museum of Visual Arts, and the largest library of the Cyclades, the library of N.N. Glezos. There is also the cooperative of the women of the village who devote a lot of time to the manufacture of traditional textiles and homemade desserts.

All you want to know

If you want to visit Apiranthos by car, it would be easy to park it. In the village, there are 4 parking spots, 2 of which are large. If you need to use the island’s means of transport (KTEL-buses), there are regular transfers from many villages to town.